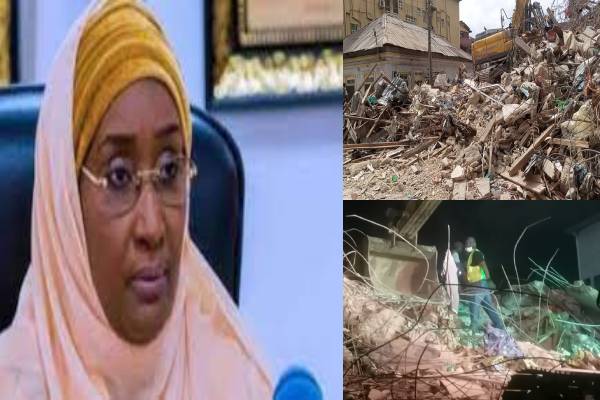 Minister of Humanitarian Affairs, Disaster Management, and Social Development, Sadiya Umar Farouq, has offered condolences to the Lagos state government and the families of those killed in a building collapse on Sunday night on Ibadan Street, Ebute Metta, Lagos state.

According to reports, the collapsed three-story building had been designated for demolition after showing signs of distress, but the tenants remained inside. 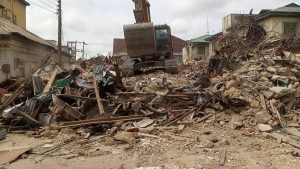 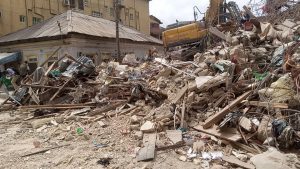 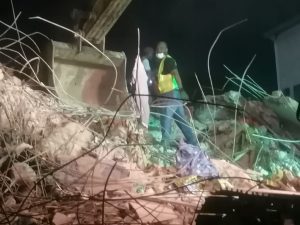 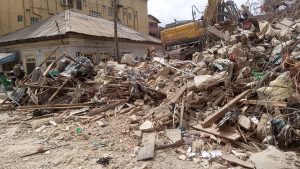 Search and rescue operation for other victims trapped in the building is still ongoing by emergency response personnel.

According to a statement issued in Abuja Monday by the special assistant on media, Nneka Ikem Anibeze, Umar Farouq decried the spate of unavoidable disasters in the country and called on concerned authorities to work assiduously towards risk and disaster reduction.

“This is a sad Eid-el-Fitr celebration with the collapse of a three-storey building in Lagos. I commiserate with the government and people of Lagos state over this tragedy. My prayers go to the families of those who have lost their lives in this collapsed building and rescued victims who were injured in the incident.

“As soon as the news of the building collapse on Ibadan Street, Ebute Metta Lagos broke, the National Emergency Management Agency (NEMA) was activated to respond along with other relevant disaster risk first responders. Unfortunately, many people were trapped in the building and many lives were lost.

“It is also important that those in charge of ensuring the construction of standard buildings in the country ensure that the highest standards are met to avoid these tragedies,” she said