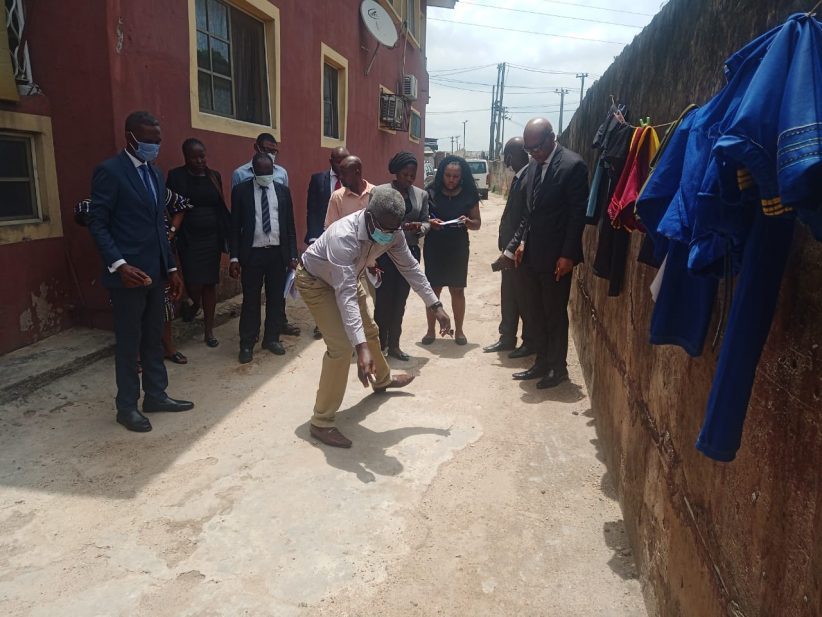 The coroner presiding over the inquest of Jumoke Oyeleke, on Monday visited the scene she died from a gunshot allegedly fired by the police in Ojota during a rally by Yoruba secessionists last July.

The 25-year old Miss Oyeleke was hit by a bullet after police fired shots to disperse the protesters during a Yoruba Nation rally on July 3, 2021 but the police denied responsibility for her death, saying its officers never fired a “single live bullet.” 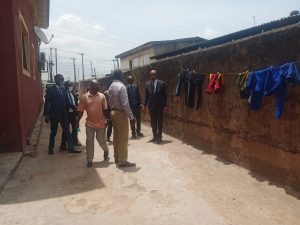 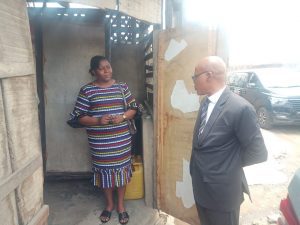 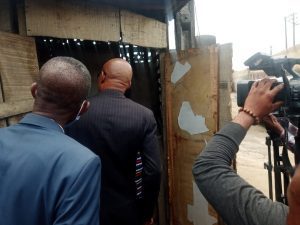 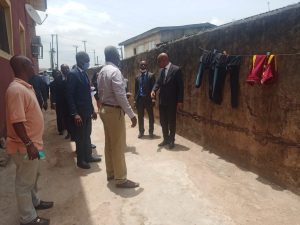 At the scene, a witness who had earlier testified, Banjoko Philips, explained how he and a trader carried Ms Oyeleke’s remains from his compound outside to limit the number of people on the premises.

He said the deceased, a salesgirl, was arranging her wares when the police chased some people inside his compound.

He added that the deceased also ran when she saw the police chasing people into the compound but fell after she was hit by the gun.

“She was lying chest down. The point of entry (bullet) was under the left arm,” Mr Philips said.

The civil servant said that he observed the incident from his apartment’s window.

He told the coroner that the shooting started immediately when the (former) commissioner of police, Hakeem Odumosu left the scene.

He also claimed that some of the residents saw some policemen searching the corpse.

“In my opinion, it was the policemen that shot her. It was a stray bullet,” he said.

Another witness, Okebe David, a snacks trader in the area, told the coroner that he and Mr Philips carried the corpse outside the compound because of the crowd. 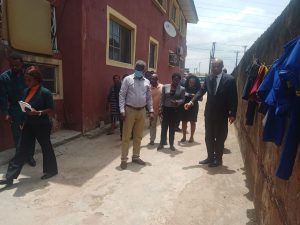 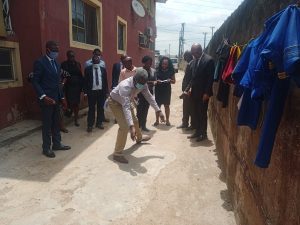 The 29-year-old said when the shooting started, he and some men jumped the fence into the compound where the deceased was shot.

Earlier at the proceedings in the Samuel Ilori courthouse, Ogba, a state counsel, Oluwaseun Akinde told the coroner that the pathologist, Sunday Soyemi from the Lagos State University Teaching Hospital (LASUTH) earlier scheduled for cross-examination was absent.

“He (pathologist) received the information late. He has a defence in LASUTH for his program,” the lawyer said.

He also told the coroner that the IPO and his lawyer were also absent.

“And today is the day we have all agreed to visit the locus where the deceased died,” Mr Akinde told the coroner.

“We have informed all the parties meant to be at the locus. We got a call from Barrister Adebesin, (police lawyer), he said he will join us at the locus.”

In his response, the coroner said that “I’m not going to force anybody. At the end of the matter, the court knows what to do.”

“Whoever does not come has himself to blame at the end of the case.”

Mr Fadeyi fixed May 16, for further hearing of the matter.