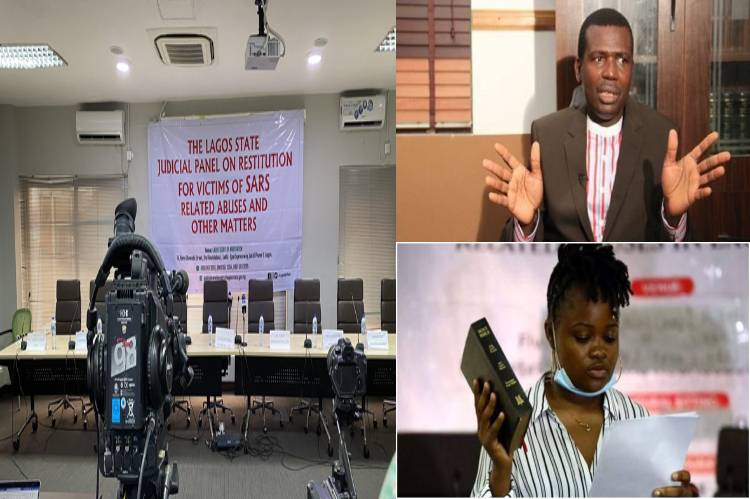 The Lagos State Judicial Panel on Restitution for victims of SARS and other related matters, on Tuesday resumed its sitting without a Senior Advocate of Nigeria, Ebun-Olu Adegboruwa  and a youth representative, Rinuola Oduala in attendance.

Mr Adegboruwa  had on Saturday expressed his displeasure over the arrest and treatment of protesters at the Lekki Toll Gate.

The rights activist said he was consulting with his constituency within the civil society, as to his continued participation in the Panel.

He stated in a release, “I cannot in good conscience continue to sit at any Panel of Inquiry to heal wounds and end police brutality, when fresh assaults are being perpetrated with impunity.”

Mr Adegboruwa and a youth activist, Rinu Oduala, who has now withdrawn her membership from the panel, as well as two others – civil rights advocate, Patience Udoh and another youth, Temitope Majekodunmi, gave dissenting opinions on the decision of the panel to return control of the Lekki-Ikoyi toll plazas to the Lekki Concession Company.

Also on Tuesday, the panel heard ten petitions including that of the family of the late Rasheed Kareem who was allegedly killed by the Nigeria Police from Area C in Surulere. According to his brother, Olalekan Bankole, the deceased was shot in the head by the police during the #Endsars protests saga of Oct 21, 2020″. The bullet which was said to have come out of his head into a pole was admitted as evidence, as well as video clips of the death and other exhibits.

But, Police counsel, Cyril Ejiofor questioned the non-identity of the officers and asserted that the gunshots could have been fired by hoodlums as many police stations were looted during the period, with more than “35 AK-47 rifles still in the hands of criminals.”

Another witness in the petition, Imam Farouk, says the police also shot at some other people but that Rasheed was the only one that died. He asked the panel to compensate the bereaved family.

Under cross examination, he admits that the video clips do not show any police officer and that no report was made at Area Code of the said shooting. The petition is adjourned to March 6 for further hearing.