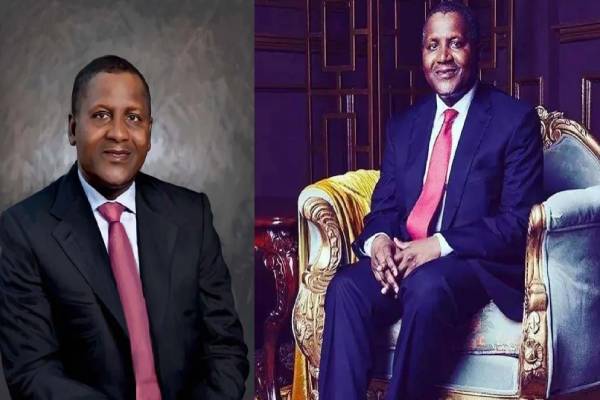 Niger State Governor Abubakar Sani Bello has expressed his heartfelt greetings to Alhaji Aliko Dangote, GCON, the richest man in Africa and the founder and president of Dangote Group, the largest conglomerate in West Africa, on his 65th birthday.

In a statement, the Governor recognized the celebrant as Africa’s largest employer of labor, who has created a name for himself at the World Economic Forum and has made significant contributions to global efforts, particularly in the fields of health and education.

He stated that Dangote has a multibillion naira cooperation with the Niger state government in agriculture, which will assist create jobs and enhance the state’s economy.

Governor Sani Bello noted that the celebrant has remained an invaluable Nigerian who has been firm in encouraging international commerce, which has made him the richest person on the African continent and the 73rd richest person in the world.

He praised Dangote’s energy, perseverance, and willingness to contribute to the quick growth and development of not only the Nigerian and African economies, but also the global economy.

Governor Bello said “At 65, you are healthy and active. You have continued to contribute to every definable aspect of global economy, you are indeed a major contributor of food security, a market leader in cement and the highest employer of labour in Africa who is presently building Nigeria’s first private oil refinery and the largest in Africa.

“I commend your efforts as a philanthropist and business magnate. Am not surprised you have consistently been adjudged the richest man in Africa and has been progressing in the global ranking.

“My prayers for you is to have more years in good health, wisdom and strength to continue with your good and selfless service to humanity”.