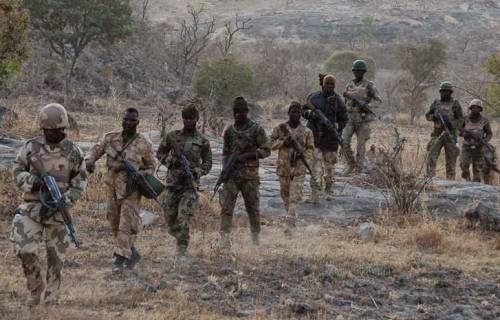 Troops of Operation Hadin Kai in Borno State on Thursday captured the terrorist stronghold of UKUBA/CAMP ZAIRO in Sambisa Forest.

In a statement by the Director of Defence Media Operations, Major General Ben Onyeuko the troops after a thorough cordon and search of the captured camp recovered various equipment including a Main Battle and a Mines Resistance Ambush Protected (MRAP) fighting vehicle.

Major General Onyeuko said the capture of the terrorists stronghold is a major setback to the terrorist criminals.