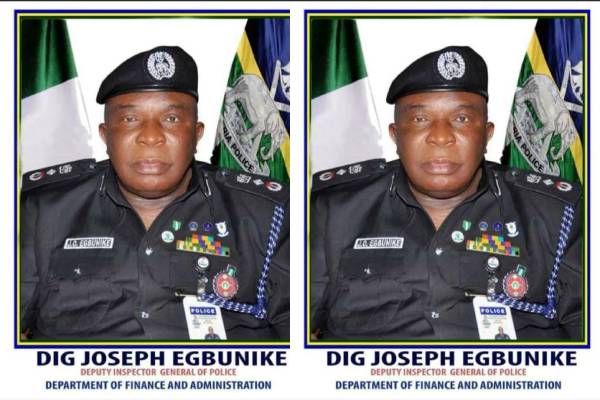 The Inspector-General of Police, IGP Usman Alkali Baba, on behalf of his Management team, and Officers of the Nigeria Police Force, regrets to announce the demise of DIG Joseph Obiajulu Egbunike,  which occurred at about 9pm of March 8, 2022 at the National Hospital, Abuja, after a brief illness.

DIG Egbunike was a dedicated and seasoned police officer who served the nation in various capacities including as the Commissioner of Police in charge of Police Accounts and Budget.

An officer with finesse and commitment to intellectual development and was instrumental to the achievements of the giant strides within the Police architecture.

The Inspector-General of Police hereby condoles with the immediate family, relatives, and friends of the deceased DIG who passed away in active service of his fatherland and prays for the repose of his soul.

Russia officially out of 2022 world cup-FIFA