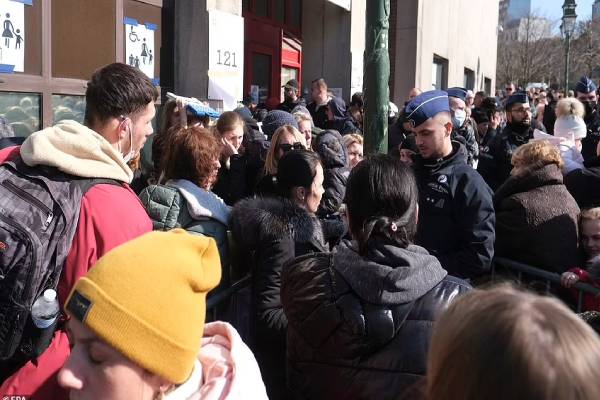 The UK government says it will pay £350 a month to British households that lodge Ukrainians fleeing Russia’s invasion.

The government announced on Sunday that a new scheme called “Homes for Ukraine” will allow conflict refugees to come to the UK even if they do not have family ties.

It will subsequently be made available for big groups to be sponsored by charities, businesses, and faith-based organizations.

Britain will pay people 350 pounds ($456) a month if they can offer refugees a spare room or property for a minimum period of six months.

Prime Minister Boris Johnson has sought to depict Britain as a worldwide leader in the reaction to Russia’s military campaign, but his administration has been chastised for delays in accepting refugees.

Refugees landing in Calais have been informed they must apply for entry into the UK via Paris or Brussels.

Britain is the only country in Europe to have implemented a refugee visa scheme, while Poland has taken in 1.5 million of the 2.5 million refugees who have fled since Vladimir Putin’s invasion began on February 24.