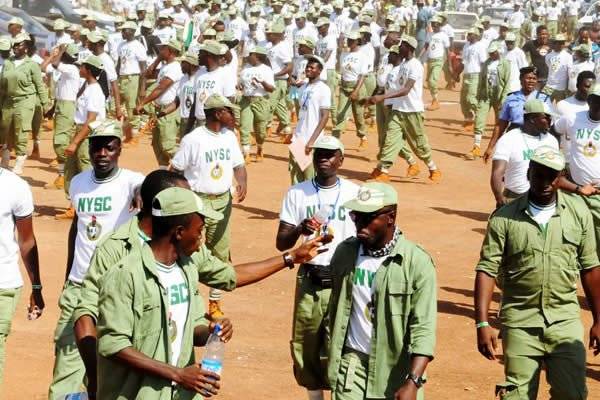 54 Corps members in Nasarawa, Osun, and Sokoto states have had their service year extended due to different offenses.

The National Youth Service Corps (NYSC) state coordinators in each state revealed this during the Batch “A” Stream 1 corps members’ Passing-Out Parade on Thursday.

NYSC Coordinator Abdullah Jikamshi said in Lafia that the service year of 33 Corps members in Nasarawa had been extended because they had absconded from their primary assignments during the year.

According to the requirements of the NYSC bye-laws, the affected corps members’ service year would be prolonged or they would have to repeat the whole service year.

He congratulated the 1142 corps members who completed their service year without any disciplinary issues, and urged them to be good representatives for the scheme wherever they go.

In a similar situation, Winifred Shokpeke, the NYSC Coordinator for Osun State, has announced that 15 corps members from the 2021 batch A, Stream 1 will be required to redo their service in the state due to violations of NYSC rules and regulations.

Mrs Shokpeke added that eight of the 15 corps members would have to repeat their whole duty because they had absconded from camp, while the service years of the others would be prolonged based on their particular offenses.

She claimed they were being punished for a variety of infractions, including truancy.

According to state Coordinator Muhammad Nakamba, six Corps members in Sokoto will repeat their service year.

Mr Nakamba went on to say that some corps members’ national service might be prolonged for a variety of reasons, including absenteeism.