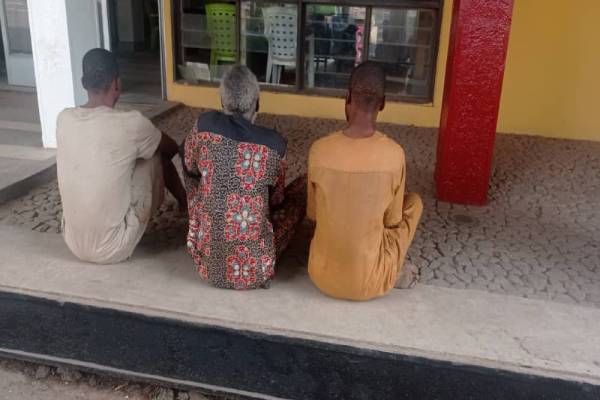 Suspects Paraded by the NSCDC in Oyo State

The Oyo state command of the Nigerian Security and Civil Defence Corps has arrested three suspects for allegedly obtaining a sum of 2.5 million naira under false pretence.

The suspects were paraded at the Oyo state NSCDC Secretariat, in Agodi Ibadan.

One of the suspects identified Muideen Akorede also known as Alfa was said to have met with their victim in Abeokuta after demanding financial assistance from him. 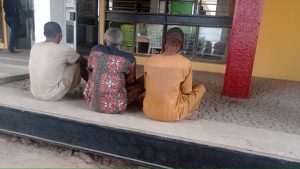 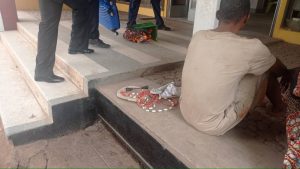 Muideen who later exchanged contacts with their victim called and invited him for special prayers and spiritual cleansing.

The invitation later led to conspiracy by the said Muideen, a herbalist and one Alfa Otala as they eventually defrauded their victim of 2.5million naira.

Muideen who masterminded the plan said he was given a sum five hundred thousand naira out of the total money received for praying for their victim.

He said the biggest part of the money was received by one Alfa Otala.

The Herbalist said he only received a sum of forty thousand naira being the money paid to him for consulting the oracle.