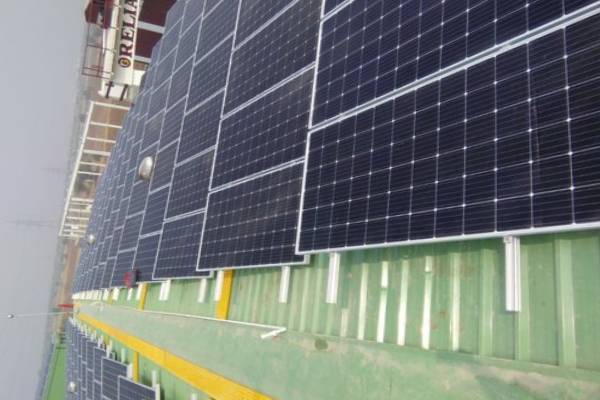 The federal government is expanding disbursements from the N140 billion solar intervention fund, a facility set up by the Central Bank of Nigeria (CBN) to alleviate Nigeria’s large energy shortage, particularly in rural areas.

The CBN announced the creation of a fund in the fourth quarter of 2020 that would offer obligors with up to N500 million in credit, with the purpose of providing rural populations with inexpensive mini-grid solutions.

The apex bank claimed that the roads to energy access, financial inclusion, and poverty reduction were intrinsically intertwined, and that rapid deployment of pay-as-you-go off-grid technology, which would produce a $2 billion yearly market potential, was required.

Ahmad Zakari, Special Adviser to the President on Infrastructure, pledged that off-grid power will make substantial progress this year, and that the Rural Electrification Agency (REA) would speed up the process.

“We have already disbursed to a few developers, and we hope that in the future, we can scale up the disbursement so that we can manufacture renewable energy components and provide electricity through mini-grids and solar.

“We anticipate multiple commissioning of large mini-grid projects across the country in universities, markets, and rural areas,” he said,” he said.

While more funds have been allocated toward conventional energy generation sources, Jaiyeola noted that investment in the renewable sector, where the government hopes to create 30% of the 30,000 megawatts expected by 2030, has fallen short.

He recommended that the intervention be structured so that recipients can repay the money, allowing the fund to contribute to the development of other industries.

According to the CBN, 85 million Nigerians, or 43 percent of the country’s population, lack access to grid electricity, making Nigeria the world’s largest energy access deficit country.

In the 2020 World Bank Doing Business report, Nigeria was placed 171 out of 190 countries in terms of power access.