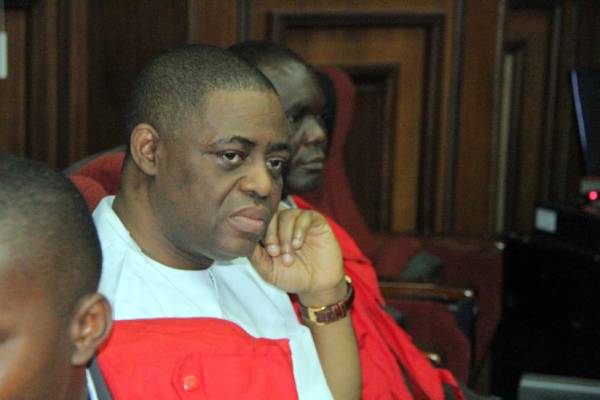 The Economic and Financial Crimes Commission, has called its first witness against Femi Fani-Kayode, a former Minister of Aviation who is on trial in Ikeja, Lagos, before Justice Olubunmi Abike-Fadipe of the Special Offences Court.

He is charged with forging documents, manufacturing evidence, procuring the execution of documents under false pretenses, and fabricating evidence, among other things.

Mr Fani-Kayode who is also being prosecuted by the EFCC for an alleged N4.9billion fraud before Justice Daniel Osiagor of the Federal High Court sitting in Ikoyi, Lagos.

The fresh charges border on his alleged use of forged medical report(s), which he tendered at the Federal High Court to justify his absence in Court.

He pleaded “not guilty” to the charges when he was arraigned on December 17, 2021.

Before the EFCC presented its first witness on Wednesday, counsel for Mr Fani-Kayode, Norrison Quakers, SAN, moved an application urging the Court to decline jurisdiction to hear the case.

He argued that the case before the Court had nothing to do with economic and financial crimes.

But, the prosecuting counsel, Rotimi Oyedepo, opposes the application adding that it has brought four witnesses.

Justice Abike-Fadipe after listening to both parties held that she will still go on with the trial and then determine jurisdiction later.”

He further testified that the doctor that issued the said report was never a staff of Kubwa General Hospital.

He said, “So we replied the EFCC that the medical report is not authentic.”

The witness, thereafter, identified the response of the Hospital to the letter of inquiry from the EFCC.

The document which he identified was thereafter admitted in evidence and admitted as Exhibit P1 and P1a.

Testifying further, the witness told the Court that: “Mr. Olufemi Fani-Kayode is not our patient. The Hospital number is not ours. No record of him with us. The name is not even found there on the said dates claimed in the medical report and the doctor that signed the report is not our doctor.”

The case was thereafter adjourned till February 25, 2022 for continuation of trial.