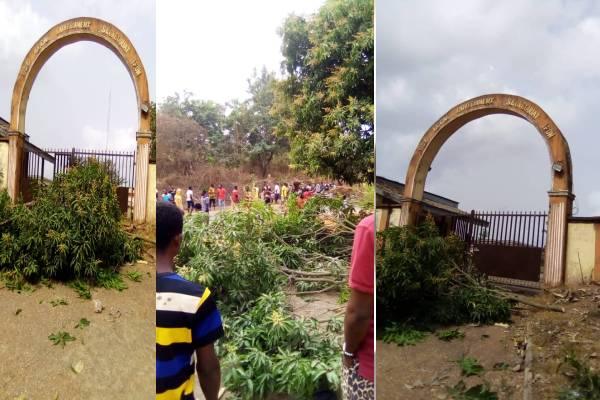 Scene of Protest by Ondo Communities

Youths in Arimogija and Ijagba communities in Ose local government area of Ondo state have protested over incessant attacks by suspected herdsmen.

The youths took the protest to the local government secretariat where they registered their displeasure against continued invasion of their communities by herders. 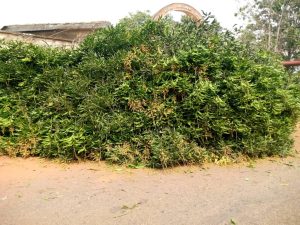 They said efforts made by the state government have not yielded the desired result.

For several hours, they blocked the entrance to the Secretariat, demanding to see the council boss.

Efforts made by the security personnel to bring that situation under control did not yield positive result as the protesters went on rampage with a view to register their grievance.