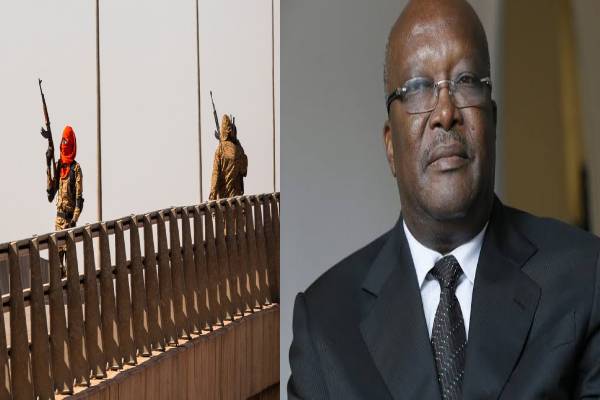 Burkina Faso’s President Roch Marc Christian Kabore has been detained by mutinying soldiers, security officials said, with troops leading the apparent coup saying his government failed to support them during a deadly insurgency.

The news reports on Monday came a day after soldiers staged mutinies at several army barracks, prompting fears of a coup in the conflict-hit country, heavy gunfire was also heard near Kabore’s residence in the capital, Ouagadougou later on Sunday.

Several armoUred vehicles from the presidential fleet, riddled with bullets, could be seen near the residence on Monday morning with one splattered with blood.

Two security sources and a West African diplomat said Kabore was detained at a military camp but there was no immediate comment by the government, which on Sunday denied that a coup was under way.

A government source said talks between representatives of the soldiers and Defence Minister General Barthelemy Simpore have so far failed to make headway.

About a dozen hooded troops stationed themselves in front of the national broadcaster RTB, but it was not immediately clear if they were from the mutineers or had been sent by the government.