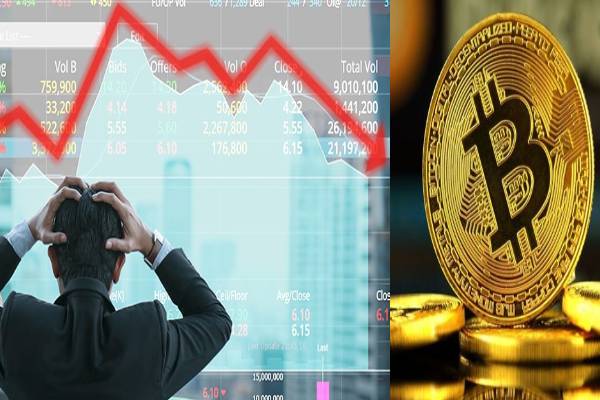 The Bitcoin market crashed on Friday, shocking many investors who lost money due to the crypto community’s harsh reaction to government actions around the world.

Various digital currencies have been affected by the recent drop in bitcoin’s value, resulting in cryptocurrency exchanges liquidating $715 million worth of crypto assets owned by 185,480 dealers, according to sources.

Long-term crypto investors are exiting the market, with Binance, the largest among exchanges, liquidating $173 million and Okez, which trades in Asia, liquidating $170 million.

The decrease of Bitcoin and Ethereum is similar to that of other altcoins in the cryptocurrency market, as the bulk of them are reacting negatively to the United States’ plan to hike interest rates and restrict some market sessions.

Aside from the U.S, China has also been doubling down on its clampdown on the crypto assets, banning crypto mining, to wipe off its control of two-thirds of all Bitcoin mining, before shutting down trading exchanges.

Russia is also considering banning cryptocurrency trade in the country, thinking that the digital currency poses a danger to the Ruble and its monetary policy control.

After losing a court challenge to enforce its prohibition directive, the Central Bank of Nigeria has utilised its influence over financial institutions to restrict bitcoin trade.

This has seen trading significantly diminish by 53.3%, from about six million beginning of Q3 2021 to two million in early November 2021.