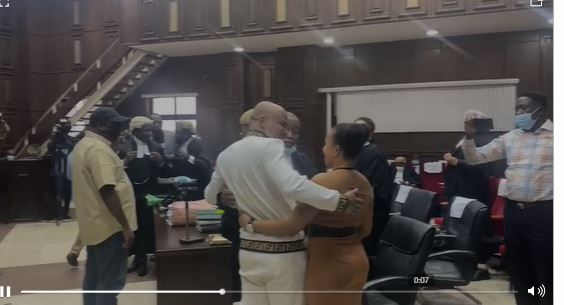 The federal government may open its case against the leader of the Indigenous People of Biafra, Nnamdi Kanu in the terrorism charges after his formal arraignment.

Exhibits likely to be tendered against Mr Kanu by the government have been brought to the court room.

Electronic equipment, like sound mixers , projector have been brought to court.

The IPOB Leader in his plea before the court pleaded not guilty to the 15 Count Charges bordering on Terrorism.