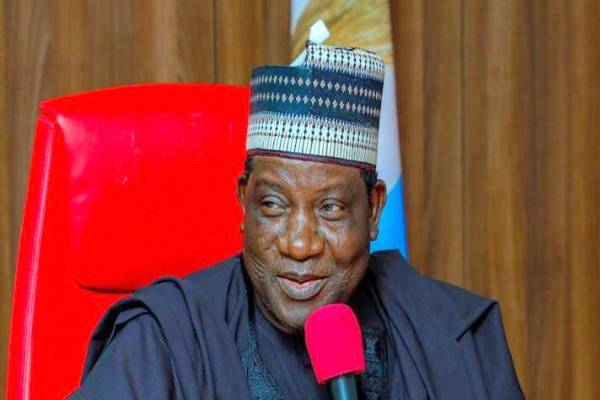 Governor of Plateau State, Simon Bako Lalong, has commended security forces in his state for rising to the occasion and resisting kidnappers’ attempts to instill terror among civilians.

In a message, Governor Lalong expressed his gratitude for the security forces’ quick response to distress calls about kidnapping occurrences, which resulted in the dislocation of their activities, resulting in the rescue of some victims and the arrest of suspects.

The rescue of the Gwom Rwey of Vwang District, Da Gyang Gutt Balak, immediately after he was kidnapped, as well as the arrest of several suspects, according to Lalong, is a positive step that should be sustained.

He cited a similar incident in which three Plateau State Polytechnic Barkin Ladi students were rescued shortly after being kidnapped from the school in Heipang.

Governor Lalong encouraged security agencies such as the Police, DSS, Operation Safe Haven, Operation Rainbow, NSCDC, other paramilitary agencies, and Vigilante Groups to keep up the pressure on criminals, promising that the government would do everything possible to help them flush out kidnappers and other criminals from the state.

He also assured that he will not hesitate to sign the death warrant for any convicted kidnapper who is found guilty of the crime as the law against kidnapping signed last year stipulates the death penalty which is ready to be implemented.

Lalong also urged Plateau State residents to provide intelligence to security authorities, allowing them to not only respond to, but also anticipate, the acts of criminals trying to destroy the state’s calm.