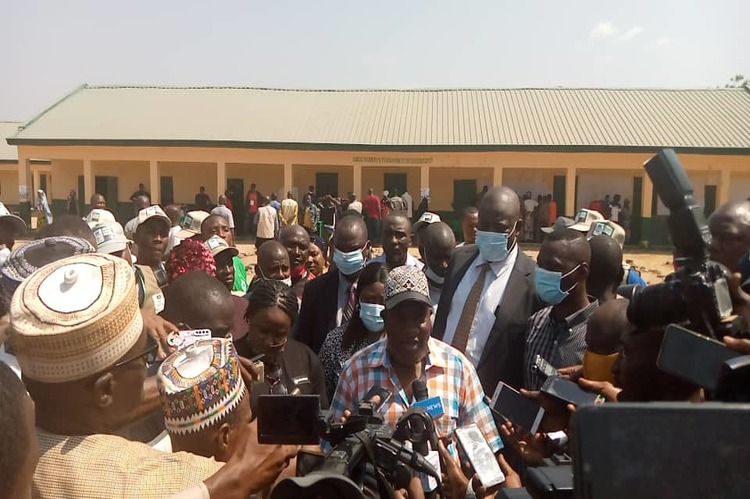 Plateau State governor, Simon Lalong, has expressed confidence that the All Progressives Congress will emerge victorious in the ongoing Senatorial by-election for Plateau Southern district.

Mr Lalong made the assertion in Ajikamai polling unit of Shendam council area shortly after casting his vote alongside his wife at 11:40am.

The governor expressed his satisfaction with the way and manner the APC faithful are conducting themselves at the ongoing exercise.

He commended the effort of the security operatives for making the environment safe and secured for voters to exercise their franchise.