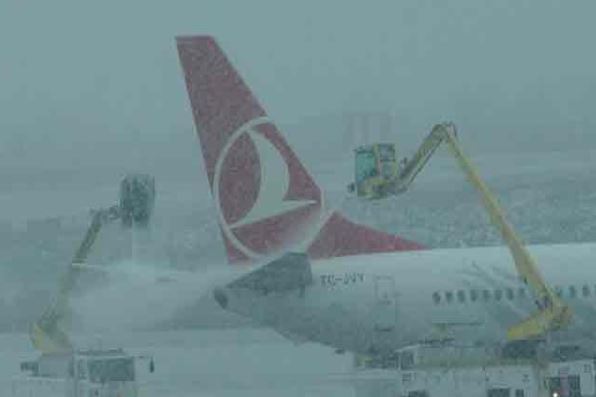 Heavy snowfall has affected portions of Turkey and Greece, prompting Istanbul Airport to close for an hour on Monday, according to Turkish state media.

According to the Hurriyet Daily news site, a powerful blizzard that began late on January 23 covered high portions of Turkey’s largest city with up to 40cm of snow.

At roughly 1.30pm, airport management tweeted an update with photographs of vehicles clearing snow, writing, “Our staff are carrying out cleaning activities on the apron, runway, and taxiway to resume flight operations.”

Extreme weather has caused transportation issues across Turkey since the weekend, causing authorities to close schools in some areas.

According to Turkey’s Disaster and Emergency Authority (AFAD), over 4,600 people were stranded across the country, with over 6,700 transferred to shelters in seven districts.

Thousands of containers of food and drinks were provided to individuals who were trapped by emergency services, according to the AFAD.