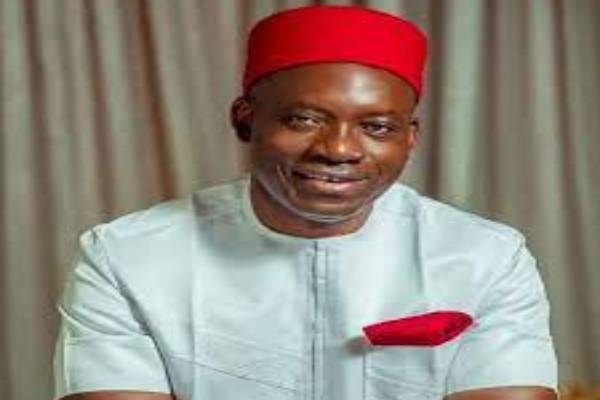 The governor-elect of Anambra State,Chukwuma Soludo, says politics has turned into a large business in Nigeria, with many drug lords and online scammers flocking to politics to avoid being jailed.

On Saturday, Soludo, a former governor of the Central Bank of Nigeria who won the Anambra governorship election on the platform of the All Progressives Grand Alliance on November 6, 2021, spoke.

Soludo, a former governor of the Central Bank of Nigeria who won the governorship election in Anambra on November 6, 2021 on the platform of the All Progressives Grand Alliance, stated this on Saturday.

He delivered a speech on ‘The Purpose and Cost of Disruptive Change’ at the inaugural graduation of the Pioneer School of Politics, Policy, and Governance in Abuja.

Soludo said, “Indeed, Africa needs a new liberation movement. The first struggle was liberation from the colonial masters. The second will be liberation from rentier politics and politicians. For me, there is almost a sense of nostalgia, recalling the mission and accomplishments of our founding fathers, especially as we contemplate the world without oil in Nigeria.

“Much of the existing social order is founded on competition for, and distribution of, rents. Oil and the easy money that came with it destroyed the social fabric and the elite created new institutions and political structures to maximize their gains. As the noose tightened globally on other rentier/criminal enterprises such as drug trafficking or internet scamming, many of the barons flocked into politics as the next easy alternative.

“Politics has become big business. Appointment or election into public office is seen largely as an opportunity to ‘eat’ rather than a call to selfless service. There is an army of rich (big men) who have never worked or done any productive work in their life and believe that it is their right to expect something for nothing.

“The tiny less than one per cent elite have a stranglehold on the public purse, sprinkling occasional crumbs to the citizens as ‘dividends of democracy’. The citizens themselves either out of helplessness or acquiescence join the party, expecting the politicians to dole out pittance out of public treasury as charity.”

According to the governor-elect who would assume office in March, Nigeria is now at a fiscal cliff with a crunching solvency challenge.

“Such disruptions will come at great costs, and could indeed be dangerous.

“Fixing politics requires talent and skills. But these won’t be enough. It won’t happen by lone wolves working in silos. It requires new developmental organisations – organisations/teams of believers, driven by defined ideology, purpose and character,” he said.