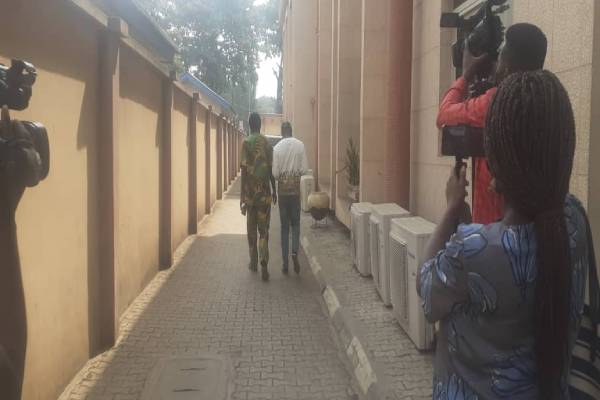 Lawyers for Nollywood actor Olanrewaju James alias Baba Ijesha have decided not to challenge the evidence of the lagos state government against him through a no-case submission as earlier indicated, in his alleged child defilement trial.

Defence counsel, Dotun Ajulo told Justice Oluwatoyin Taiwo of the Lagos state sexual and special offences court sitting in Ikeja that after a review of the case, the defendant will now open his defence instead. The Lagos State government closed its case in December after calling six witnesses, including the complainant, Damilola Adekoya, alias Princess; the 14-year-old survivor (name withheld), and a child expert.

Baba Ijesha faces a six-count charge bordering on indecent treatment of a child, sexual assault, attempted sexual assault by penetration and sexual assault by penetration. He pleaded not guilty to the charges and has been on bail since June 2021.
But, due to the absence of both lead defence counsel on Wednesday, Babatunde Ogala and Dada Awoshika, both senior advocates of Nigeria, further proceedings were stalled as Mr Ajulo asked for a short adjournment, saying it was his first time appearing in court for the case.
The prosecution led by the newly appointed Director of the Lagos State Directorate of Public Prosecution, Dr Babajide Martins opposed the application for adjournment, adding that he too was appearing before the court for the first time, and was prepared to go on with the matter.
The judge agreed to give the defence the benefit of doubt, and adjourned further hearing till February 17 and 18.
[