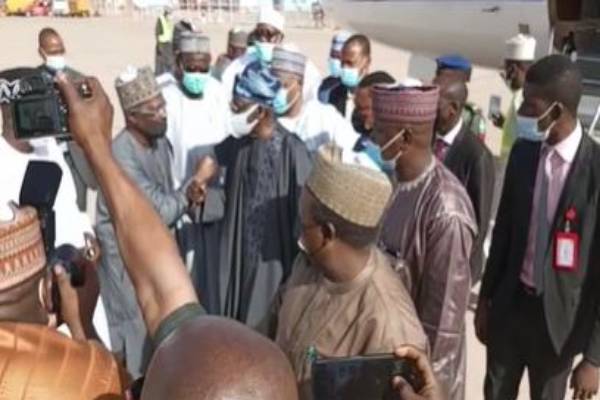 The APC’s national chairman, Bola Tinibu, has arrived in Katsina state to console the government and the people following the assassination of a sitting commissioner of science and technology, Rabe Nasir

The national leader was received at the airport by the state deputy governor, the Secretary to the State government, and many well-wishers before being taken to the government house.

Rabe Nasir was discovered dead in his Katsina home on September 12th, 2021, with around 21 knife stabs on his torso.

Although arrests and investigations are still ongoing over the case people have raised a lot of concern to know the perpetrators of the killing.

The former Lagos state governor is also scheduled to meet Governor Aminu Masari and the Emir of Katsina Abdulmummi Kabir.