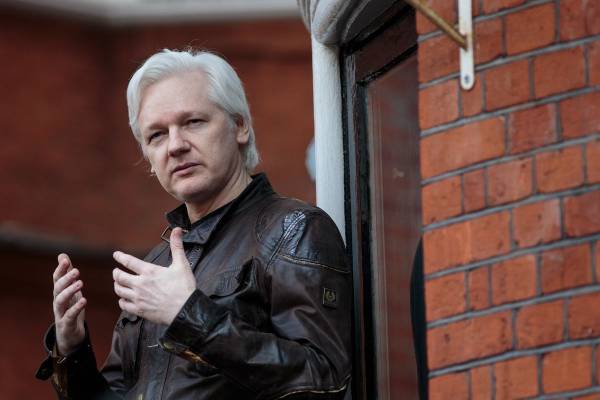 US authorities have won their bid to overturn a British judge’s ruling that WikiLeaks founder Julian Assange should not be extradited to face charges in the United States, on the basis of assurances given about his treatment there.

The 50-year-old Australian has been charged in the US under the Espionage Act for his role in publishing classified military and diplomatic cables.

Judge Vanessa Baraitser considered then that the “special administrative measures” in which Assange would most likely be held would have a severe negative impact on his mental health.
According to court documents, the US won its appeal to extradite Assange due to “four assurances” sent in a Diplomatic Note dated February 5, 2021.

These assurances were that Assange would not be made the subject of “special administrative measures”; nor would he be held at a maximum security prison before or after trial. In addition, the US would “consent” to an application by Assange to be transferred to Australia to service his sentence (if convicted); and while in custody in the US, Assange would receive “appropriate clinical and psychological treatment.”

The senior judges hearing the appeal were satisfied that these assurances met the concerns which led the judge to reach her decision in January, court documents said Friday.
The judges ordered that the case should now be returned to Westminster Magistrates’ Court, with a direction that a district judge send the case to the UK Home Secretary, who will decide whether Assange should be extradited to the US.

Assange’s fiancée Stella Moris criticized the High Court ruling as a “grave miscarriage of Justice,” according to a statement published on the official WikiLeaks Twitter feed.
Assange is wanted in the US on 18 criminal charges after WikiLeaks published thousands of classified files and diplomatic cables in 2010. He is being held at Belmarsh Prison in London.

If convicted, he faces up to 175 years in prison.

Assange was arrested in April 2019 when British authorities entered the Ecuadorian Embassy, where he had been holed up for seven years, and took him into custody on a US extradition warrant.