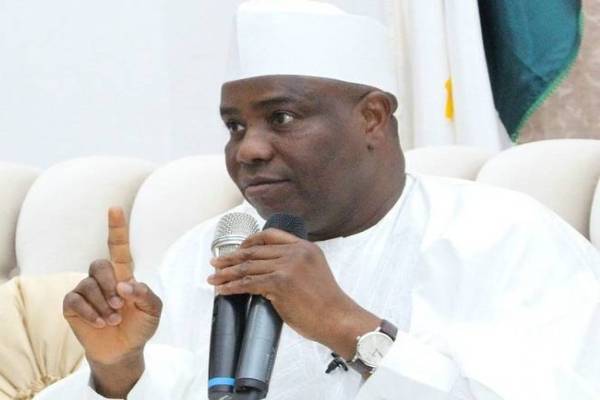 Sokoto state governor, Aminu Tambuwal has advocated for increase support and better welfare for police officers particularly now that the nation and the security forces are facing troubling challenges.

Governor Tambuwal made the call, when wife of Sokoto state Police Commissioner and Chairperson, Police Officers Wives Association POWA , Risikat, Ayoola Kamaldeen led other executive of the association to pay a courtesy call on the governor.

Tambuwal says, there is no time the Nigeria police and indeed the nation have faced troubling challenges like now.

He says in the face of this challenges, the men and officers of the Nigeria police need to be supported and encouraged, especially their wives who need moral and emotional support at this challenging period for the nation.

POWA chairpersons had earlier requested for support for their activities which including supporting the Education of Police children, supporting the wounded and sick police officers and attending to the need of widow’s of falling police men and officers.