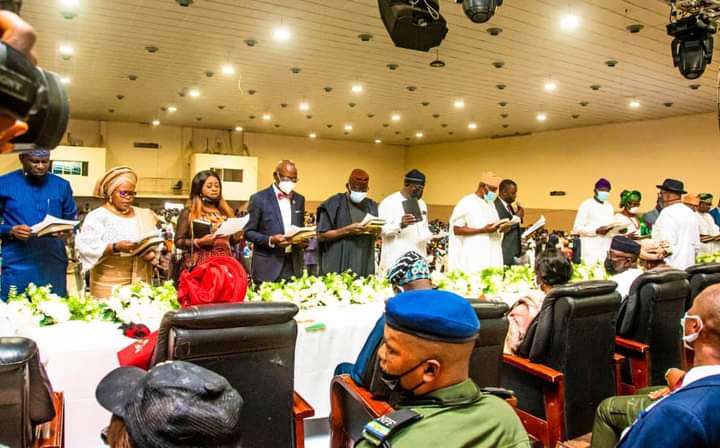 Ondo State Governor, Oluwarotimi Akeredolu, on Monday, swore-in all the 14 newly appointed Commissioners who were recently confirmed by the State House of Assembly.

The Governor also inaugurated seven Special Advisers and the Director-General of the Performance and Project Implementation Monitoring Unit (PPIMU).

The event was held at the International Culture and Events Centre (The Dome), Igbatoro road, Akure. 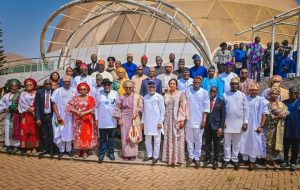 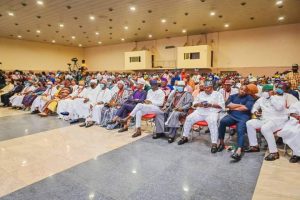 Present at the event are the wife of the Governor, Chief Betty Anyanwu-Akeredolu; the Deputy Governor, Hon. Lucky Aiyedatiwa; Secretary to the State Government, Princess Oladunni Odu and other members of the State Executive Council; members of the state House of Assembly led by the Speaker,Rt. Hon. Bamidele Oleyelogun; Chief Judge of the State, Justice Williams Akintoroye; traditional rulers, religious leaders, members of the immediate families of the appointees, and several other dignitaries. 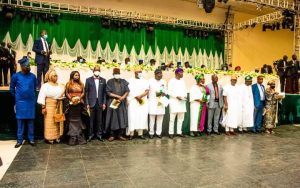 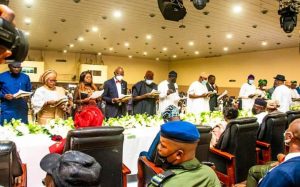 The Governor, while charging the newly sworn-in cabinet members to show leadership in whatever positions they find themselves, asked them to shun acts which stand at variance with the expectations of the people.

Governor Akeredolu who congratulated the appointees for being found worthy of the appointment, reassured the people of his administration’s commitment and focus to fulfill its pledges.

The Governor also assured civil servants in the State that they would smile home this Christmas as government would pay substantial amount of salaries.

He stressed that as his administration is determined to remain focused and resolute on the chosen path, even as it proceeds on the political journey towards the fulfilment of its pledges to the people of the State.

Arakunrin Akeredolu revealed that his administration has been engaging members of the young generation on whose tender shoulders the future of this great country rests.

He promised to continue to engage worthy youths regardless of the degree of affinity or otherwise, adding that his second term would be devoted towards pursuing a totally repackaged programmed christened REDEEMED.

He said that the people of the State expect quality service from the newly sworn-in members of the State Executive Council, stressing that his administration would not hesitate to sanction, with speed, any aberrant attitudes which may likely portray it as reckless and insensitive.

According to him, the PPIMU has been charged with a number of mandates which include; to design and implement a project management, implementation, monitoring and evaluation platform for the office of the governor to coordinate, monitor and evaluate the execution of the Ondo State 8-point agenda, state development plan and its approved programmes and projects.

Speaking on behalf of other Commissioners, Special Advisers and D.G, Mr. Femi Agagu appreciated Governor Akeredolu for the trust reposed in them with a promise to support the Governor to make his 2nd term a great legacy tenure.