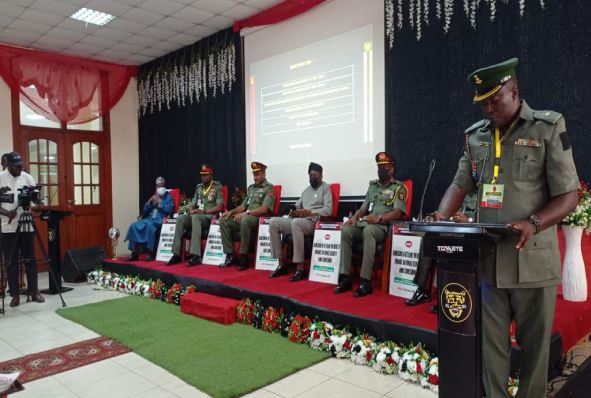 Nigeria will overcome it’s current security challenges if the citizens develop a strong relationship with the military and complement their efforts in fighting terrorism.

The Chief of Army staff, Lt Gen Farouk Yahaya Made this known while speaking at a workshop organised to train veterans and personnel of the Army in Ibadan. 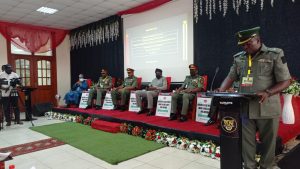 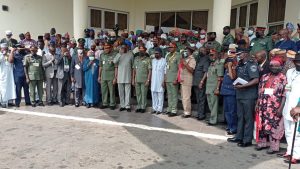 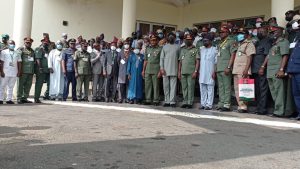 The Chief of staff who was represented by the chief of Administration, Usman Mohammed also urged the officers and veterans in the military to rekindle their effort to positively influence security and cohesion in Nigeria.

He reiterated the Army’s effort in ensuring that the welfare of its officers to improve their standard of living.

In his remark, the General Officer Commanding 2Division Maj. Gen. Gold Chibuisi urged the veterans, retirees and serving officers of the Army utilise their capacities to enhance optimal performance in ensuring the security of the nation

Declaring the worship open, the Chief of staff to Governor of Oyo state, Segun Ogunwuyi commended the Army for initiating such programme.

He said it would go a long way in boosting the knowledge and capacity of the Nigerian Army in security lives and property.