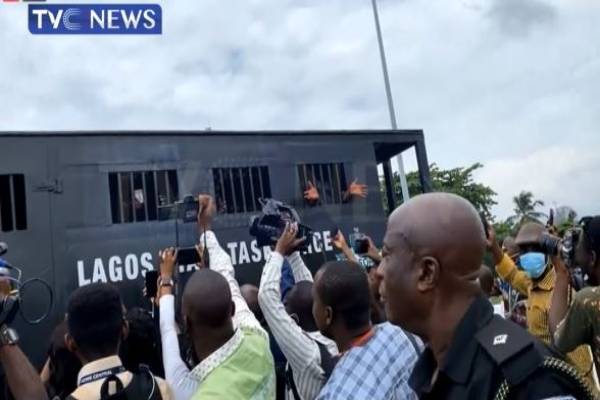 Over seven persons were on Wednesday arrested at the Lekki tollgate in Lagos during a procession to commemorate the first anniversary of the EndSars protest.

TVC news gathered that said some of those arrested  were unable to identify themselves when asked to do by security operatives, while others were arrested for arming themselves with cutlasses and glasses.

Confirming the incident, Commissioner of Police for Lagos State, Hakeem Odumosu said those arrested will be prosecuted accordingly while those who later identified themselves properly will be freed.

Meanwhile, officials of the Lagos Neighbourhood Safety Corps are maintaining a free flow of traffic.
Advertisement