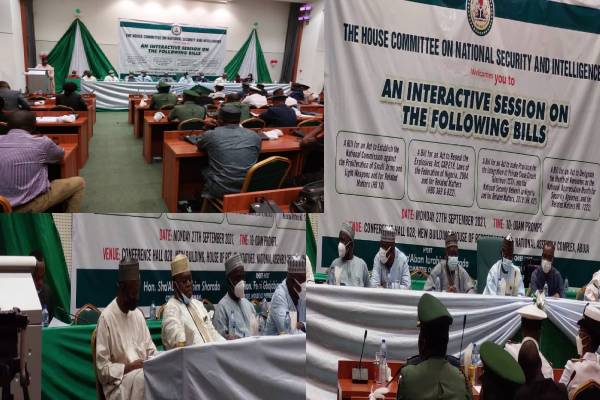 Public Hearing By House of Reps Committee on National Security

The House of Representatives’ Committee on National Security and Intelligence holds public hearing on four bills, including one aiming to establish the National Commission against the proliferation of small arms and light weapons.

Others are a bill for an Act to make provision for the integration of private close circuit television, CCTV, into the National security network.

And the bill aiming to designate the month of November as national appreciation month for security agencies.

The story of how Discos struggle to check power theft