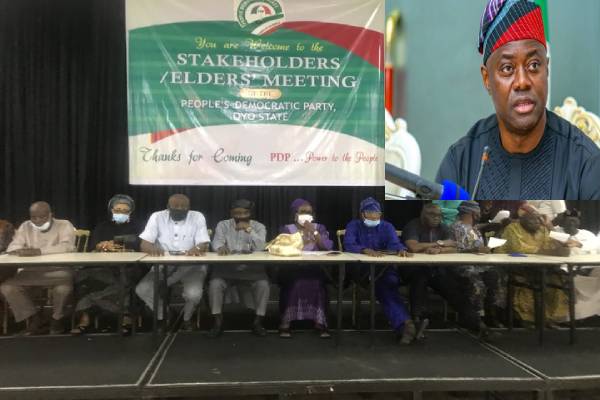 The aggrieved members of the People’s Democratic Party in Oyo state have passed a vote of no confidence on the leadership of Governor Seyi Makinde in the state.

This was contained in a communique issued after a meeting held by members of the aggrieved caucus in Ibadan.

The members also called for a peaceful conduct of the PDP Congress in the state on the 25th of September.