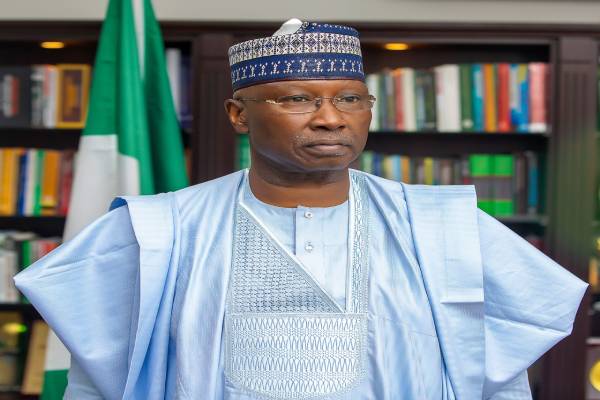 The Northern Governors Forum, the Speaker of the House of Representatives, Femi Gbajabiamila, and his Deputy, Rep. Ahmed Idris Wase, as well as the Chairman of the ruling All Progressives Congress, Governor Mai Mala Buni of Yobe State, have congratulated the Secretary to the Government of the Federation, Boss Gida Mustapha, on his 65th birthday, describing him as an accomplished technocrat, , lawyer and politician with tremendous passion for the development of Nigeria.

In a message, the Forum’s Chairman and Governor of Plateau State, Simon Bako Lalong, said the SGF has an enviable record of dedicated service to humanity, passion for human capital development, commitment to ideals of truth, justice, and patriotism, and has embraced people from all backgrounds in his life’s journey.

He said these attributes have been visible in his political and professional career by greatly influencing his achievements since being appointed to head the nation’s bureaucracy by President Muhammadu Buhari.

Lalong, in a statement by the spokesman, Dr. Makut Simon Macham, said: “Boss Mustapha remains a shining example of humility, transparency, mobilization, and commitment, particularly in his current assignment of spearheading Nigeria’s response against COVID-19 where he has galvanised the nation to put up a robust fight against the pandemic.”

Speaker of the House of Representatives, Rep Femi Gbajabiamila and his Deputy, Rep. Ahmed Idris Wase described the SGF as a pillar of the Buhari administration.

In their separate statements to mark the 65th birthday of the government scribe, the two leaders of the Green Chambers of the National Assembly said Nigerians and Nigerian youths have a lot to learn from him.

In his statement signed by his Special Adviser on Media and Publicity, Lanre Lasisi, the Speaker congratulated the Secretary to the Government for clocking the age of 65.

Boss Mustapha, according to Gbajabiamila, is one of the foundations of the All Progressives Congress (APC), and the SGF has made commendable contributions to the APC-led government’s achievements.

On his part, the Deputy Speaker described the SGF as a seasoned administrator who has contributed immensely to the development of the country.

He said “I sincerely congratulate you as you attained the age 65, your commitment to the success of this administration is unquantifiable. You are indeed a pillar of support to the All Progressives Congress and the Buhari administration.

APC Caretaker Committee Chairman, and Yobe State governor,. Mai Mala Buni in a separate statement praised the SGF for dedicating his energy, knowledge, and abundance of experience to the country’s benefit.