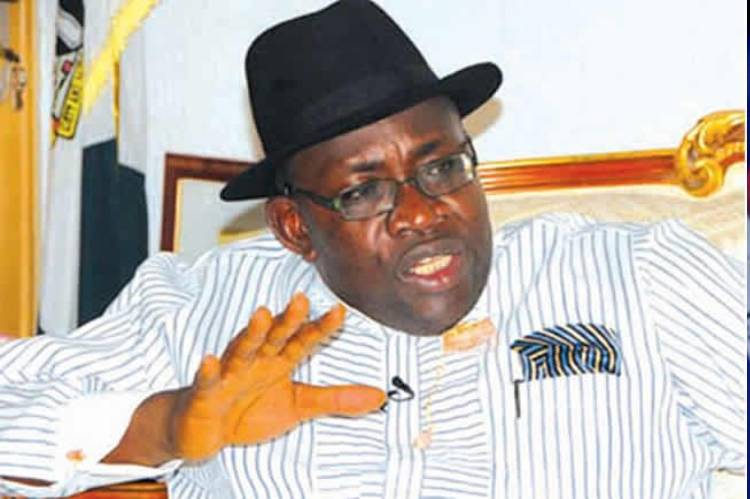 The Economic and Financial Crimes Commission (EFCC) has quizzed a former Bayelsa Governor and senator representing Bayesla West Seriake Dickson over his family assets in the United Kingdom and alleged diversion of funds of about N17. 5billion.

But Dickson said the affected assets were acquired before he became Governor.

He said he had consistently declared the assets with the Code of Conduct Bureau(CCB).

He also described the petition by a Non-Governmental Organisation (NGO) on diversion of funds totaling N17. 5billion as frivolous.

According to a source, Dickson presented himself to the EFCC following an invitation by the agency.

The source said the ex-Governor was grilled over allegations bordering on abuse of office and misappropriation of public funds during his eight-year administration in Bayelsa State between 2012 and 2020.

The source said: “The former governor who arrived the headquarters of the EFCC in Jabi, Abuja at about 11am was questioned by a team of operatives investigating the allegations against him.

The Head of Media and Publicity of EFCC, Mr. Wilson Uwujaren, confirmed the invitation of the former Governor.

In a statement, which he personally, Dickson described the petition against him by a Non-Governmental Organisation (NGO) as baseless.

He said apart from being asked to account for the family assets he acquired before becoming a Governor, he was confronted with a fresh allegation of diversion of funds amounting to N17. 5billion.

He said the EFCC claimed that an NGO alleged that he used part of the cash for his re-election in 2019.

He said it was obvious that the petition was faulty because he did not seek re-election in 2019.

The statement said: “About two weeks ago I received an invitation from the EFCC to clarify some issues relating to assets declarations as alleged by an NGO.

Dickson explained how he acquired his assets between 1996 and 2012.

The statement added: “However, for the avoidance of doubts, let me state that my family investments, Seriake Dickson Trust Incorporated were made between 1996 and 2012 before I became Governor.

He said he witnessed a turn of event when he got to the EFCC and he was confronted with alleged diversion of funds totaling N17. 5billion.”

Dickson narrated how he was confronted with a fresh petition by the EFCC outside of what he was invited for.

The statement said:” However on getting to the commission, the investigating team came up with a new allegation of diversion of flood funds in 2012 totaling N17.5 billion.