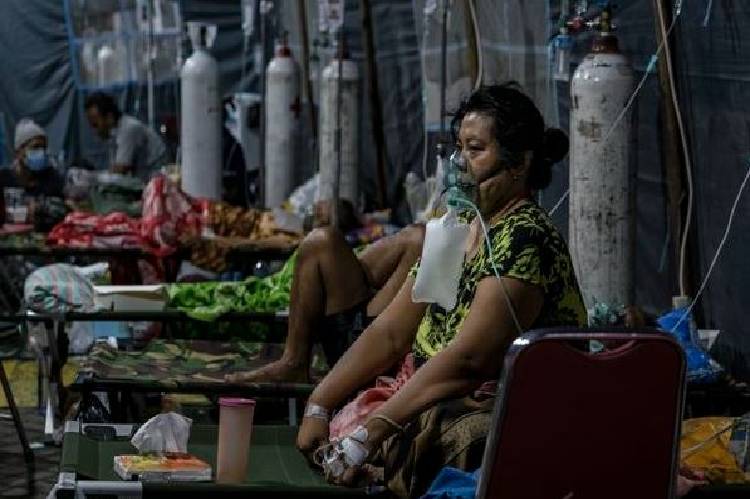 Indonesia has surpassed India and Brazil to become the country with the highest number of new COVID-19 infections worldwide. The surge is part of a wave across Southeast Asia, where vaccination rates are low but countries had, until recently, contained the virus relatively well. Vietnam, Malaysia, Myanmar and Thailand are also facing their largest outbreaks yet and have imposed new restrictions, including lockdowns and stay-at-home orders.

Cases and deaths have risen dramatically in over the last month as the highly contagious delta strain spreads through densely populated Java and Bali. The coronavirus has pushed the medical system to its breaking point in some areas, despite hospitals adopting emergency measures to enhance capacity.

In Bekasi Regional Public Hospital, where some COVID-19 patients have waited days for treatment, has erected large tents on its grounds, with beds for up to 150 people. Nearby in Jakarta, the capital, a long line of people waited for hours outside a small dispensary, hoping to fill their portable tanks with oxygen.

Indonesian authorities recorded roughly 57,000 new cases on Thursday, the largest daily total yet – seven times the number reported a month ago. They announced a new high of 1,205 deaths on Friday, raising the country’s official pandemic death toll to more nearly 71,000.

But some health experts say those figures vastly understate the spread in Indonesia, the world’s fourth-most-populous nation, because testing has been limited. Dicky Budiman, an Indonesian public health researcher at Griffith University in Australia, estimates that the true number of cases is three to six times higher.

In India, where the delta variant was first identified, daily cases peaked at more than 414,000 in May, but they have since dropped to about 40,000.