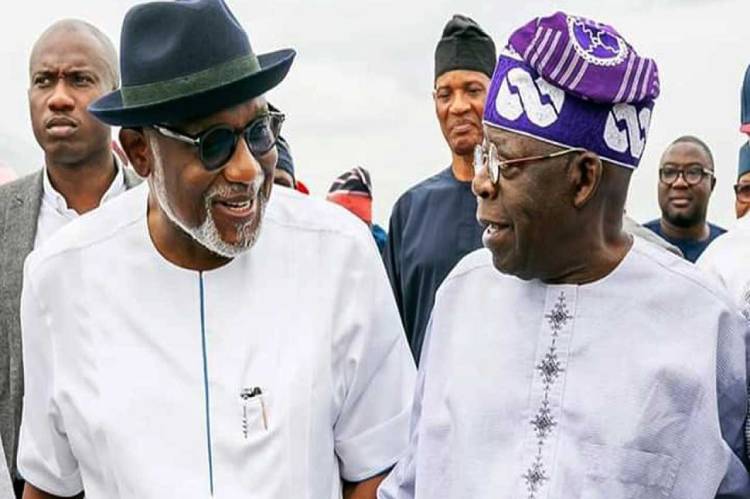 A national leader of the All Progressives Progress, Asiwaju Bola Ahmed Tinubu, has congratulated Ondo State Governor , Oluwarotimi Akeredolu and his deputy, Lucky Aiyedatiwa, over the Court of Appeal judgment affirming their overwhelming victory in the governorship election in the state.

The former Lagos state governor in a statement by his media office, said the appellate court’s verdict was emphatic and clear endorsement of the sound judgment of the election petitions tribunal.

Mr Tinubu further stressed that ‘more importantly, the Appeal Court decision stands for the vital proposition that the rule of law serves to protect the sovereign will of the people when expressed in free and honest elections.

‘By this judgement, the appellate court clearly shows that Governor Akeredolu and Deputy Governor Aiyedatiwa were the candidates whom the people of Ondo choose to pilot their affairs for the next four years.

‘The confidence the people repose in the Akeredolu administration has been well earned and should be wholly respected. I urge Governor Akeredolu to continue to strive and do his utmost in the service of his state and for the welfare of all the people therein, political friend and foe alike.

‘The opposition PDP and its candidate, Mr. Eyitayo Jegede (SAN), have exercised their constitutional rights by challenging the election results via the legal process. They have fought a good fight but that process and fight are now over.

‘It’s time to now place partisan politics on the shelf for the moment so that these former political contestants can join hands as much as possible for the good and development of Ondo State,” the APC stalwart said.

He however encourage governor Akeredolu to also be a unifier who casts his net widely and also provides an open door to all who sincerely want to contribute to the wellbeing of the state and its proud and decent people.