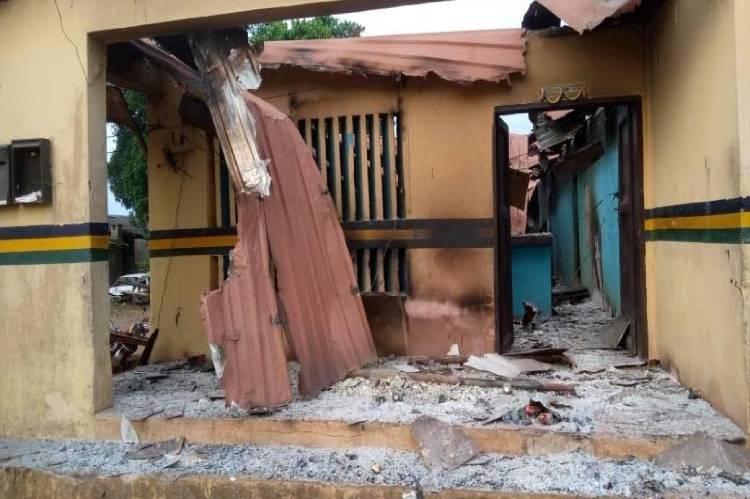 Police in Imo State have repelled an attempt by unknown gunmen to attack and stop the reconstruction of Orji divisional headquarters which was burnt by hoodlums during the 2020 End SARS protest.

In a statement by the State command’s Public relations officer, SP Bala Elkana said the hoodlums in their numbers launched an offensive to disrupt the reconstruction which a philanthropist contracted.

According to him, the hoodlums who believed that the re-establishment of a functional police station may prevent them from carrying out their nefarious acts in Orji and environs, decided to invade the construction site.

Before the arrival of reinforcement team, the hoodlums melted into the neighbouring township areas but abandoned their operational vehicles.

The Commissioner of Police, Imo State, CP Abutu Yaro, who personally led an enforcement team to the scene cordoned the area and five suspects were arrested.

The police said no life was lost and Three vehicles were recovered.

The police also said mop up operation is on going to arrest more suspects and recover their firearms.