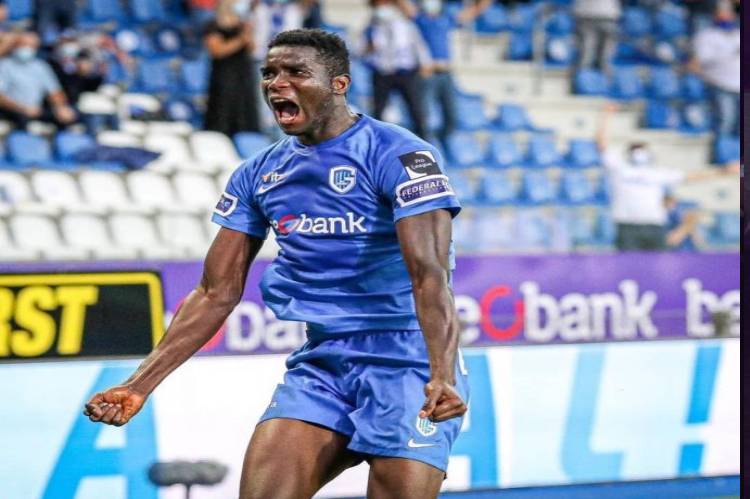 Belgian club, Genk have turned down a 25 million Euros bid for Belgium Goal King Paul Onuachu, saying the striker is worth far more.

Onuachu netted his 33rd goal in the league on Saturday night to help Genk win at Anderlecht and keep their championship hopes intact.

A report by Dave Peters at Eleven Sports now has it that Serie A club Lazio are willing to pay as much as 25 million Euros for the 26-year-old striker.

But KRC Genk did not accept the bid and are holding out for at least 30 million Euros for the high-scoring Onuachu.

Lazio are not the only team who have shown interest to sign Onuachu.

Last winter, French Ligue 1 side Olympique Lyon made a bid for Onuachu, while Scottish giants Celtic Glasgow also have their eyes on the free-scoring top striker.