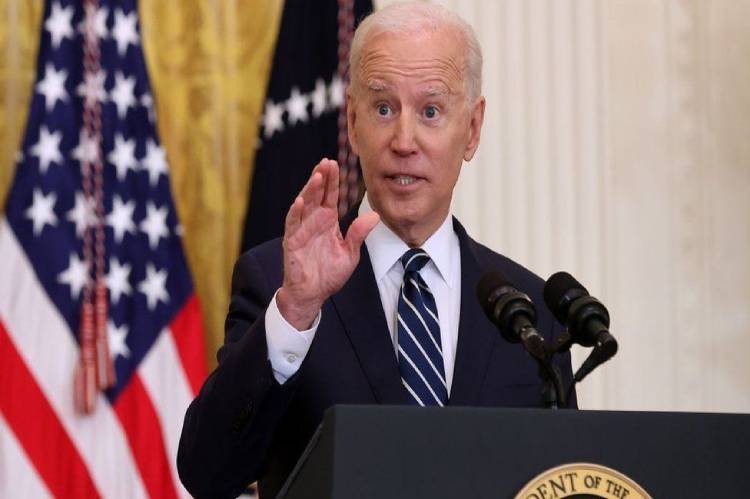 United States President Joe Biden on Saturday recognized the massacre of Armenians under the Ottoman Empire as a genocide, risking a potential fracture with Turkey but signaling a commitment to global human rights.

In a statement marking the 106th anniversary of the massacre’s start, Biden wrote, “Each year on this day, we remember the lives of all those who died in the Ottoman-era Armenian genocide and recommit ourselves to preventing such an atrocity from ever again occurring.”

“Today, as we mourn what was lost, let us also turn our eyes to the future — toward the world that we wish to build for our children. A world unstained by the daily evils of bigotry and intolerance, where human rights are respected, and where all people are able to pursue their lives in dignity and security,” Biden said. “Let us renew our shared resolve to prevent future atrocities from occurring anywhere in the world. And let us pursue healing and reconciliation for all the people of the world.”

The move fulfills Biden’s campaign pledge to finally use the word genocide to describe the systematic killing and deportation of Armenians in what is now Turkey more than a century ago. Biden’s predecessors in the White House had stopped short of using the word, wary of damaging ties with a key regional ally.

Earlier this week, US officials had been sending signals to allies outside the administration — who have been pushing for an official declaration — that the President would recognize the genocide. Addressing the potential move in an interview with a Turkish broadcaster this week, Turkey’s foreign minister said, “If the United States wants to worsen ties, the decision is theirs.”

The government of Turkey often registers complaints when foreign governments describe the event, which began in 1915, using the word “genocide.” They maintain that it was wartime and there were losses on both sides, and they put the number of dead Armenians at 300,000.

But Biden has determined that relations with Turkey and President Recep Tayyip Erdoğan — which have deteriorated over the past several years anyway — should not prevent the use of a term that would validate the plight of Armenians more than a century ago and signal a commitment to human rights today.

The declaration will not bring with it any new legal consequences for Turkey, only diplomatic fallout.

As vice president, Biden dealt frequently with Erdoğan and made four trips to Turkey, including in the aftermath of a failed coup attempt. But since then he’s offered a less-than-rosy view of the Turkish leader.

“I’ve spent a lot of time with him. He is an autocrat,” he told the New York Times editorial board in 2020. “He’s the President of Turkey and a lot more. What I think we should be doing is taking a very different approach to him now, making it clear that we support opposition leadership.”

Biden spoke by telephone with Erdoğan on Friday, his first conversation with the Turkish leader since taking office. The long period without communication had been interpreted as a sign Biden is placing less importance on the US relationship with Turkey going forward.

The two men agreed to meet in person on the sidelines of a mid-June NATO summit in Brussels. The White House said Biden conveyed “his interest in a constructive bilateral relationship with expanded areas of cooperation and effective management of disagreements,” but the readout did not mention the Armenian genocide issue.

The campaign of atrocities Biden is acknowledging began the nights of April 23 and 24, 1915, when authorities in Constantinople, the Ottoman capital, rounded up about 250 Armenian intellectuals and community leaders. Many of them ended up deported or assassinated. April 24, known as Red Sunday, is commemorated as Genocide Remembrance Day by Armenians around the world.

Whether due to killings or forced deportation, the number of Armenians living in Turkey fell from 2 million in 1914 to under 400,000 by 1922.

Former President Obasanjo In Sokoto on a One day Working Visit