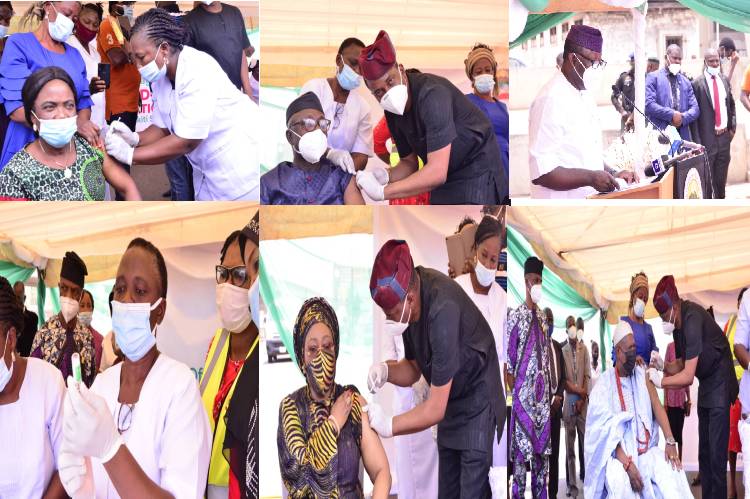 Ekiti State Governor, Kayode Fayemi, his deputy, Bisi Egbeyemi and some frontline health workers on Wednesday received the Oxford/AstraZeneca COVID-19 vaccine as the Governor flagged off the vaccination exercise in Ado-Ekiti, the state capital.

Governor Fayemi received a dose of the vaccine at 11:55am, administered by the State Commissioner for Health and Human Services, Oyebanji Filani.

The Wife of the Governor, Erelu Bisi Fayemi; Speaker of the House of Assembly, Rt. Hon Funminiyi Afuye and a representative of the State Council of Traditional Rulers/ Attah of Aiyede-Ekiti, HRM Oba Abdulmumin Orisagbemi and some members of the public also received the vaccine at a brief ceremony, at the Fajuyi Pavillion, Ado-Ekiti. 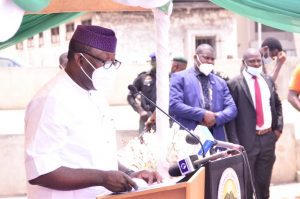 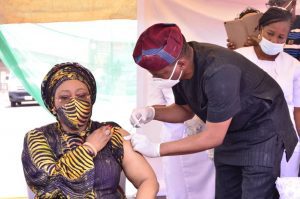 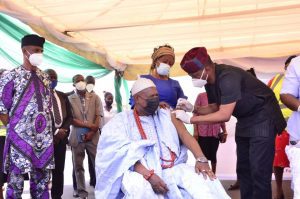 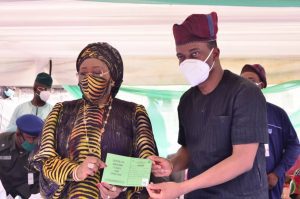 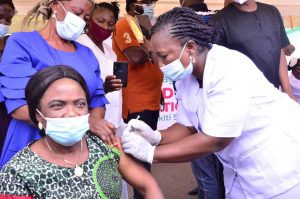 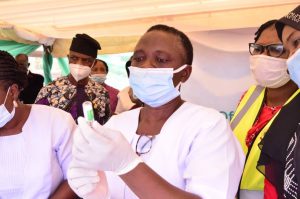 Governor Fayemi at the short ceremony, stated that his administration had put in place measures to ensure that residents have equitable access to the vaccine. He emphasised that all hands must be on deck to ensure all indigenes know that the vaccine is safe.

The Governor said Ekiti State was one of the very few states to strengthen the testing capacity by procuring a Molecular Laboratory in addition to mobilizing eminent citizens under the Rapid Response Mobilization Committee (RRMC) which raised about $3Million used to fund some critical infrastructure and social needs to support the fight against the pandemic.

He urged the citizens to disregard any unfounded theories about the efficacy and effects of the vaccines on them saying “we should not introduce unnecessary sentiments to the health and well-being of our people for whatever reasons.

The Federal Government has last week announced the arrival of about four million doses of the Oxford-AstrZenca Covid-19 vaccines out of the overall 16 million doses to be delivered to the country in batches over the next few months.