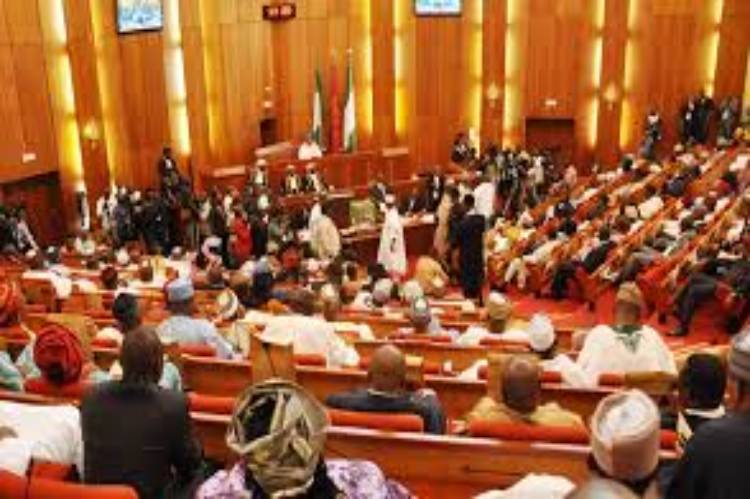 The Leader of the Senate, Yahaya Abdullahi, has said that the red chamber will discuss the issue of Fulani herdsmen menace across the country on resumption on Tuesday.

Abdullahi, who spoke with journalists in his office, said his deputy who is representing Ondo North in the Senate, Prof. Ajayi Boroffice, will come up with a motion on the issue.

Abdullahi said the Federal Government has a role to play in resolving the crisis, stressing that local political leaders should be encouraged to find lasting solution to it.

The Presidency had opposed a recent directive by the Ondo State Government that Fulani herdsmen should vacate the Ondo forest reserves.

President Muhammadu Buhari through his Senior Special Assistant on Media and Publicity, Mallam Garba Shehu, had wondered why Governor Rotimi Akeredolu, a legal luminary, could unilaterally issue the quit order without taking cognizance of the constitution that guarantees the rights of citizens to movement and to live in any part of the country.

But Abdullahi said rather than involving itself in the issue, the Presidency should encourage political and traditional rulers to play major roles in resolving it.

He said, “This is a kind of crisis that is tending towards governance trajectory where some political actors and ethnic entrepreneurs are coming into the process and spoiling the waters.

“These are existential issues that have set communities that have hitherto been living together peacefully, against each other, either for political advantage or political matters.

“These are issues that should be resolved at the local level either through dialogue or give and take.

“They are people that had lived together, they should come together and engage in a dialogue.

“The Federal Government is too distant to resolve every communal dispute everywhere.

Inter-communal dispute should be resolved by the people in the area.

“They should be resolved by political leaders at the level of the National Assembly, at the level of the governors, local government councilors to sit down with their people so that a lot of these issues can be articulated and addressed by the local population.

“This is what the governors at their levels should do not to always run to the presidency, to solve one dispute here and there How many arms does the Federal Government have?

“This is a federation and we are all politically responsible leaders. At the various level where they are they should sit down and talk to one another on this disputes.

“I can assure you that in no distant time these inter-communal conflagrations would be resolved. I think the way it may be resolved is in the interest of this country’s unity and integrity.

“There would be hopefully tomorrow (Tuesday) or Wednesday a general motion will be sponsored by the Deputy Senate Leader Ajayi Boroffice; he will come with a motion on the issue on the floor of the Senate tomorrow.”