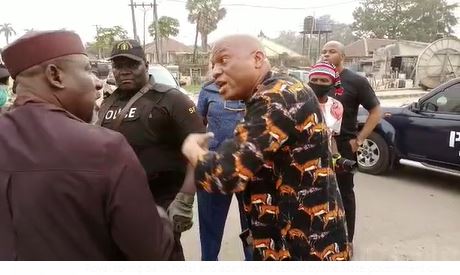 Confirming the incident in Owerri, the command’s Public Relations Officer, Orlando Ikeokwu told Journalists that the police will arraign the Former Governor if found guilty of the allegation.
According to him the command will carry out a discreet investigation over the matter noting that nobody is above the law no matter how highly placed.
As at the time of filing this report, the Former Governor is still being questioned by the police authority.