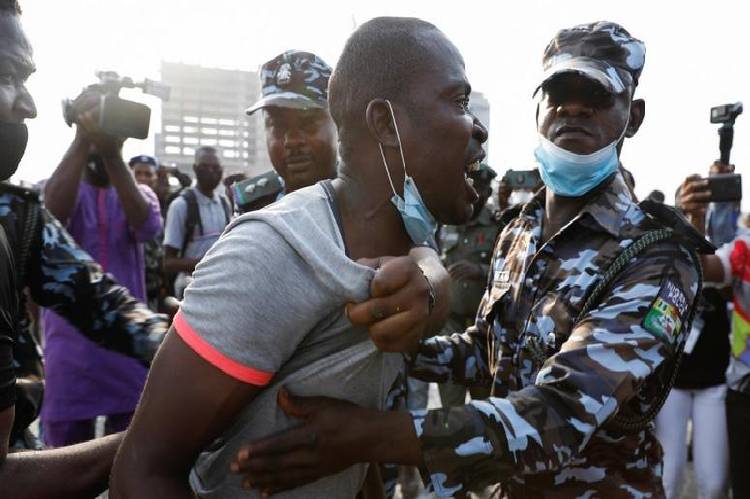 The Commissioner of Police Lagos State, Hakeem Odumosu has ordered an investigation into the alleged molestation and harassments of protesters at the Lekki Toll Gate on Saturday, January 13.

This was contained in a statement released on Sunday by the spokesperson of the Lagos police, Olumuyiwa Adejobi.

Mr. Adejobi said the Commissioner of Police, Hakeem Odumosu, has condemned the molestation of the protesters which was shown in a viral video and promised an immediate investigation.

The commissioner who was piqued by this unprofessional and inhuman act, has ordered the Deputy Commissioner of Police, State CID, Panti, DCP Adegoke Fayoade, to analyse the video and bring to book whoever that must have been responsible for the act.

Mr. Odumosu said in as much the command is resolute in enforcing all laws in the state, it will not deviate from the Standard Operating Procedure of the Nigeria Police Force and provisions of the law in discharging its duties; nothing that the command will fish out those responsible for the molestation and ensure they are punished for their unprofessional conduct.

He further urged Lagosians to be law-abiding and maintain peace at all times as the police and other security agencies will not allow any violence and break down of law and order in any part of the state.