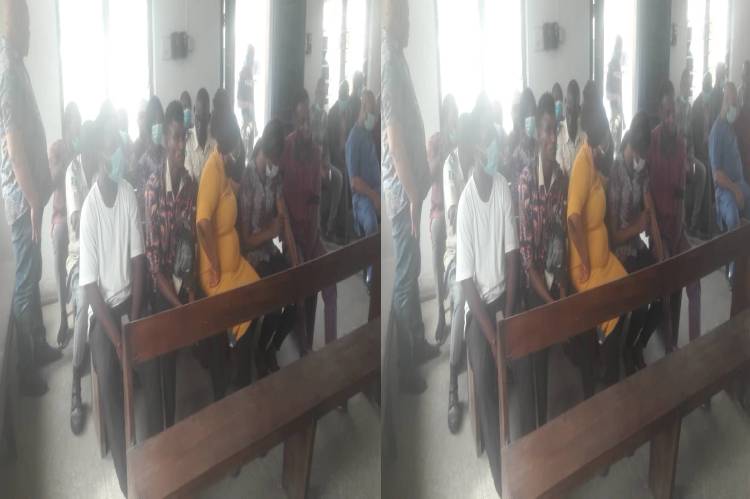 The Imo state police Command has arraigned the Senior legislative aide to the former Governor Rochas Okorocha and thirteen others at the state Magistrate court sitting in Owerri.

The accused are said to have been arrested at Royal Spring Palm Hotel and Apartments on Sunday.

Their arraignment is coming barely 24 hours after the State Police Command had invited Former Governor Rochas Okorocha for questioning following his alleged involvement in the forceful entry into a property that was confiscated by the Imo State government.

The accused are charged with unlawful destruction of official seal of Imo State government, disturbances of public peace, conspiracy, unlawful possession of fire arms among others.

The court however granted the accused bail with the sum of five million naira each after consideration of the merit of the bail application by the Accused counsel.

The case has been adjourned to 18th of March, 2021 for the hearing of substantive suit, but efforts to speak with both counsels shortly after the ruling proved abortive as they declined comments.