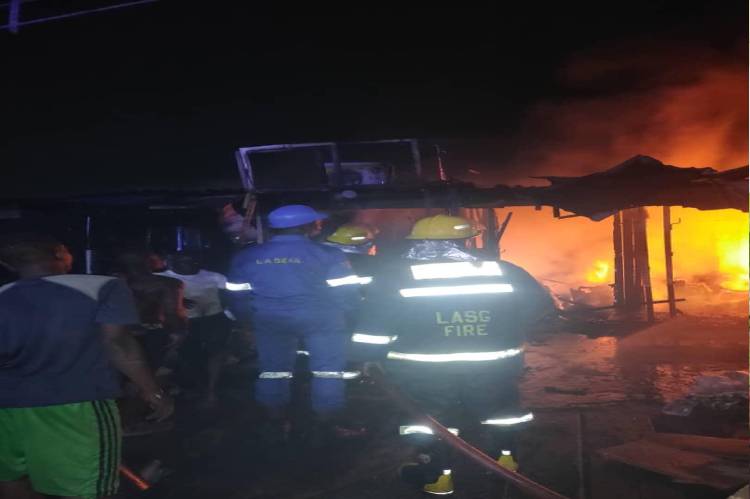 The Lagos State Fire and Rescue Service has confirmed that 70 shops were severely damaged in a fire outbreak at Alade Market, Market Street, Somolu, Lagos.

The Service, however, managed to salvage 101 shops from damage by the fire that broke out around 12.30am on Tuesday.

Briefing newsmen, the Ag. Head of the Service, Mrs Margaret Adeseye, said the fire was put out by firefighters from the Ilupeju and Bolade Fire Stations who were swiftly alerted to visit the location. 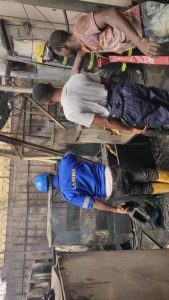 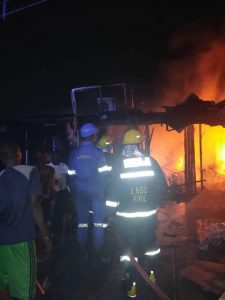 She said the average land area of 1,944 square metres, accommodating 171 shops of varying sizes, already had 70 of the shops engulfed by fire by the time fire fighters arrived to intervene.

“The affected shops, which had various items including food, gas cylinders and other perishable goods were severely damaged by the inferno according to her.

Adeseye said the cause of the fire is still being investigated but pointed put that its spread may have been aided by gas cylinders inside a gas shop at the market.

She commended the effort of the Federal Fire Service, Lagos State Emergency Management Authority and the Nigeria Police Force in putting out the fire.