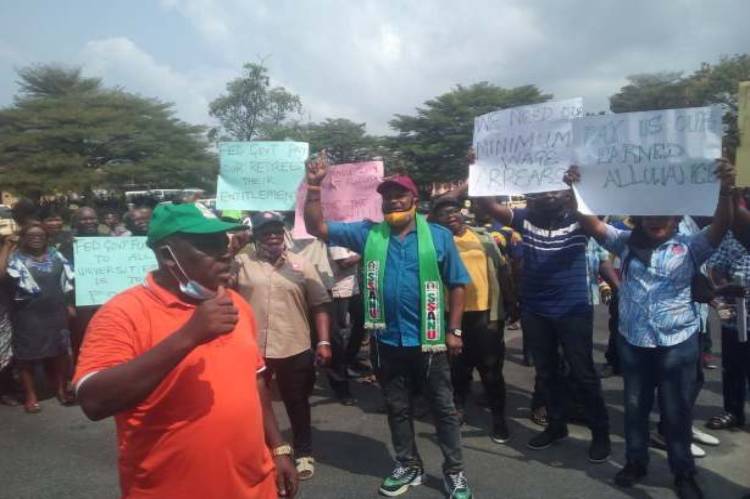 The Joint Action Committee of the Non Academic Staff Union and the Senior Staff Association of NigeriaUniversities says it will embark on an indefinite strike with effect from on 5th February 2021.

General Secretary of the Non Academic Staff Union, Peter Adeyemi made this known to newsmen in Abuja while addressing them on the resolution of the joint action committee after the 3 day protest embarked by the committee, yielded no result

The union said it will issue two weeks notice to the government of this development effective from today 22nd January 2021.