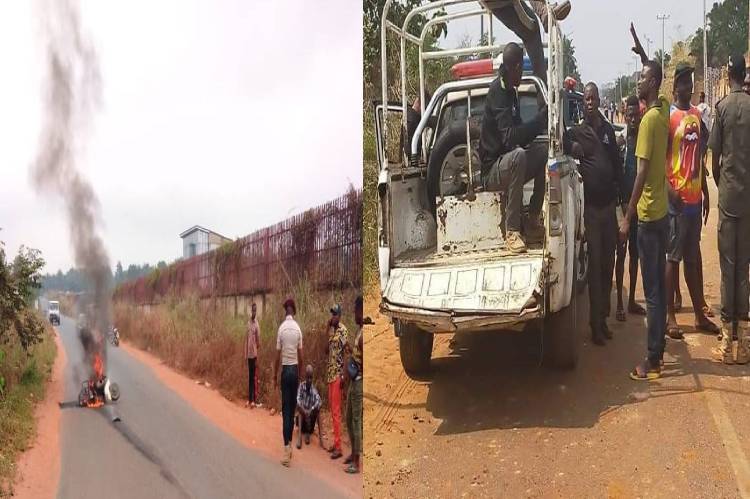 At least, one building, four vehicles and two motorcycles were burnt to ashes as two neighbouring communities in Anambra engaged each other in hostilities.

The Umueri and Aguleri communities were reportedly involved in a contest, over a large expanse of land between them, both in ANAMBRA East local council area of ANAMBRA state.

It was learnt that hostilities started again Friday Night, leading to the burning down of a house, four vehicles and two motorcycles by rampaging youths of both communities where the state Governor Willie Obiano hails from Aguleri.

Confirming the incident, the Anambra state Police Spokesperson CSP Haruna Mohammed said the situation had been brought under control, while investigation has commenced to ascertain circumstances surrounding the incident.

Both communities of Aguleri and Umuleri; had between 1999 and 2001 been involved in a fierce war, which led then president, Chief Olusegun Obasanjo to intervene, which doused the tension for many years..

Meanwhile, Governor Willie Obiano has announced a 3-Day Curfew On Aguleri, Umueri and Umuoba Anam Towns between 7pm to 7am daily.