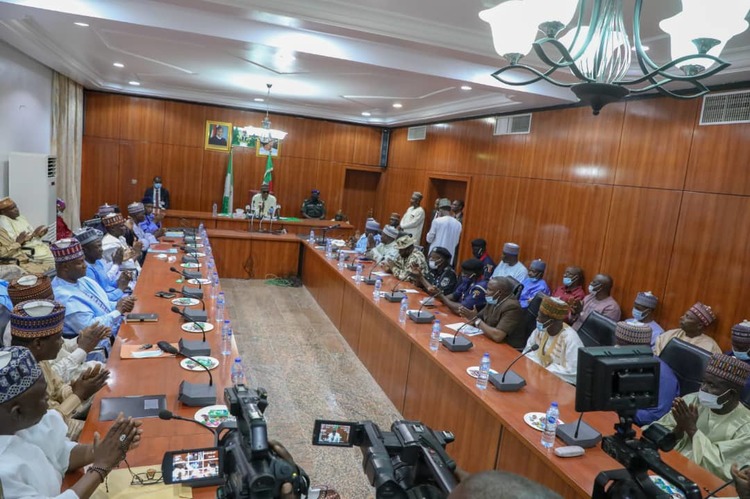 The Borno state Governor, Babagana Zulum has inuagurated two committees on the return of residents of Marte and some Gworza communities .

Marte community was once a commercial bussiness hub in Borno state , but its infrastructure was destroyed and residents sacked by Boko Haram fighters.

The agitation by the residents of these communities to return home, informed the decision of the Borno state Governor to set up these committees

The commitment of the Governor to return the internally displaced persons back to their ancestral homes is viewed as the best way to reduce poverty and dependency on aid by donor agencies.