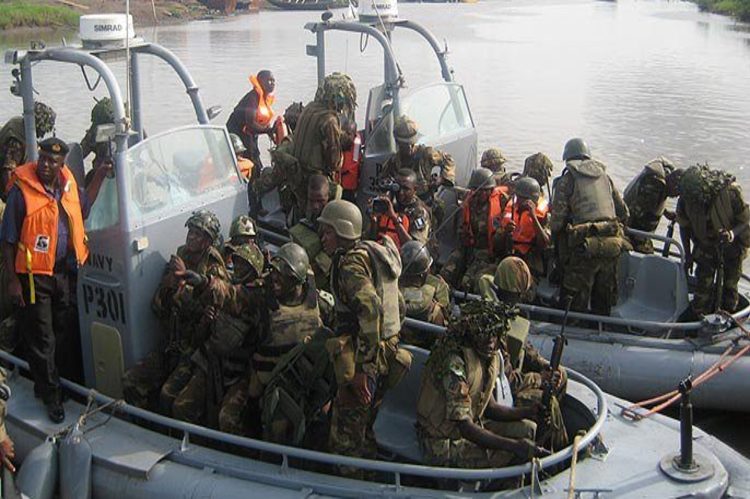 The victims comprising three Russians, one Ukrainian and one Equatorial Guinean abducted on May 9, were freed by a joint team from forward Operating Base Bonny, Nigerian Navy Ship Pathfinder and troops of 146 Battalion, on Tuesday.

It explained that the expatriates were abducted onboard MT RIO Mitong and MT Djibloho by the unknown militant group in Yellow Island on May 9.

The identified camps were subsequently destroyed to deny the pirates freedom of action.

It read, “In the early hours of October 6, 2020, the pirates/militants compelled by the ongoing operation surrendered to the gallant troops and handed over the five kidnapped foreign expatriates at Iwofe Waterfront.

The stolen petroleum products have been recovered to the base.

The Military High Command commended the troops for their resilience and encouraged them to sustain the tempo “against the enemies of our country.”