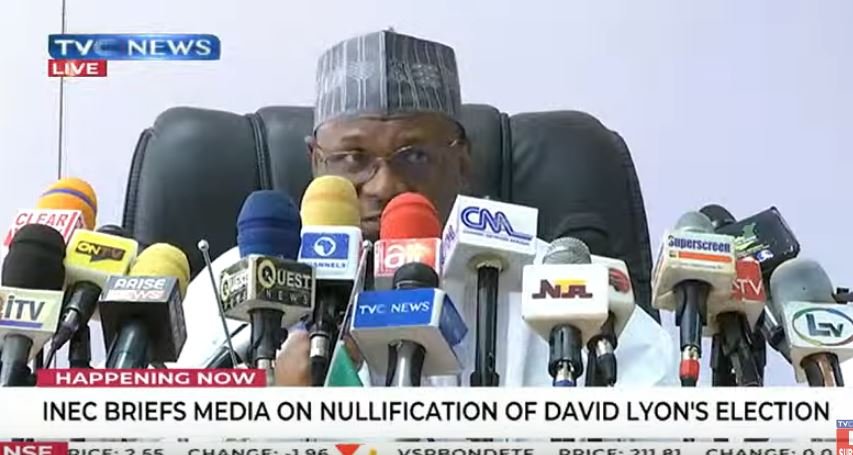 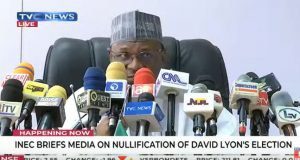 The Independent National Electoral Commission, INEC, has declared the candidate of the Peoples Democratic Party, Douye Diri, as the winner of the Bayelsa governorship election.

Addressing the media at its headquarters in Abuja, chairman of the commission, Professor Mahmood Yakubu, said by the virtue of the Supreme Court’s judgment which disqualified APC candidates from the election, the total number of vote cast now stands at 146,999 and the candidate of the PDP scored 143,172 with geographical spread.