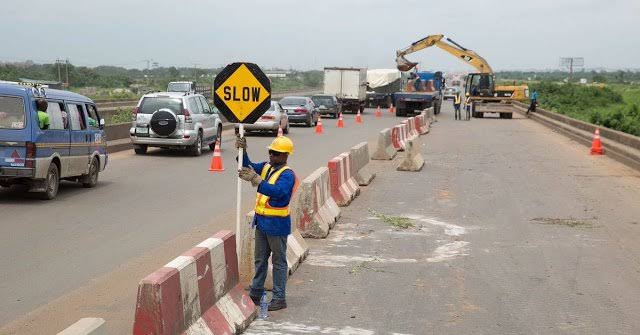 Kara Bridge of the Lagos-Ibadan Expressway, which was partially closed in September for repairs, is now open.

This was done to ease the gridlock on the expressway, which has been grueling for motorists in the past three months.

The ministry of works had executed the partial closure to allow the construction firm Julius Berger repair approximately 600 metres of the road.

The FRSC in a slow motorcade, took off from the Kara end of the bridge at exactly 10:30 a.m., leading the vehicles on the Lagos-bound carriageway to merge onto the Lagos traffic at the Isheri intersection on the highway.

An FRSC Assistant Corps Commander expressed satisfaction at the road repair, and thanked the Federal Government and its agencies that effected the repair.