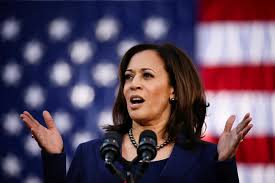 Democratic White House hopeful Kamala Harris has announced she is dropping out of the presidential race.

The 55-year-old California senator, a vocal critic of President Donald Trump, was once seen as a rising star within the party, but she could not cement her fleeting position in the top tier of candidates alongside Joe Biden, Bernie Sanders and Elizabeth Warren.

Ms Harris entered the race as a leading contender, launching her bid to a crowd of 22,000 in Oakland, California, at the beginning of the year.

She reached double digits in the polls after attacking Mr Biden on the issue of race during a live TV debate in June, but she began to lag in recent months.

Ms Harris is one of the biggest names to drop out of the race, along with former congressman Beto O’Rourke of Texas and New York Mayor Bill de Blasio.