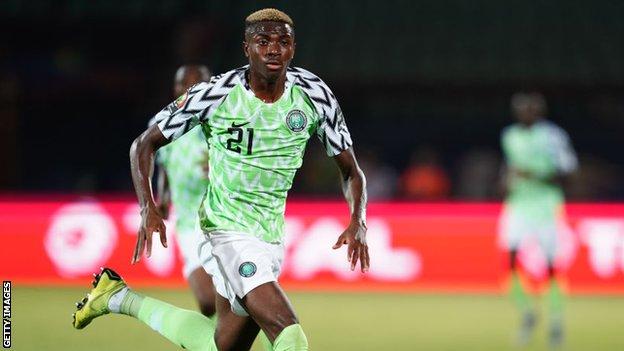 Nigeria’s in-form forward Victor Osimhen struck twice as they came from a goal down to beat minnows Lesotho 4-2 in their 2021 Africa Cup of Nations Group L qualifier in Maseru on Sunday.

The west Africans fell behind to an early strike from Masoabi Nkoto, but led by the break as Alex Iwobi equalised and Samuel Chukwueze put them in front.

Osimhen had looked the most dangerous player on the pitch and was rewarded with a second-half brace as Nigeria claimed a full haul of six points from their opening two qualifiers. Lesotho’s second came via a Chidozie Awaziem own goal.