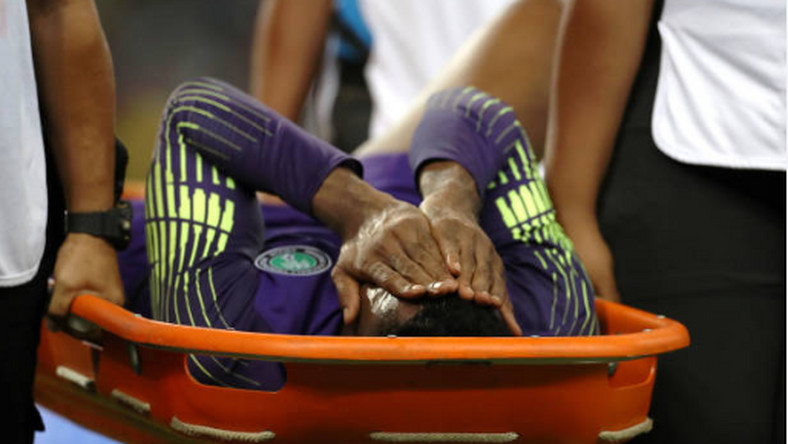 Super Eagles goalkeeper, Francis Uzoho is set for a lengthy spell on the sidelines after suffering anterior ligament injury in the friendly against Brazil.

Uzoho sustained the injury in the 62nd minute of the game after landing awkwardly in his attempt to save a goal-bound cross.

The 20-year-old was eventually replaced by debutant Maduka Okoye after a brief delay.

He will now miss Nigeria’s 2021 Africa Cup of Nations qualifying fixtures against Benin and Lesotho next month.